Can having role models help keep teens in shape? 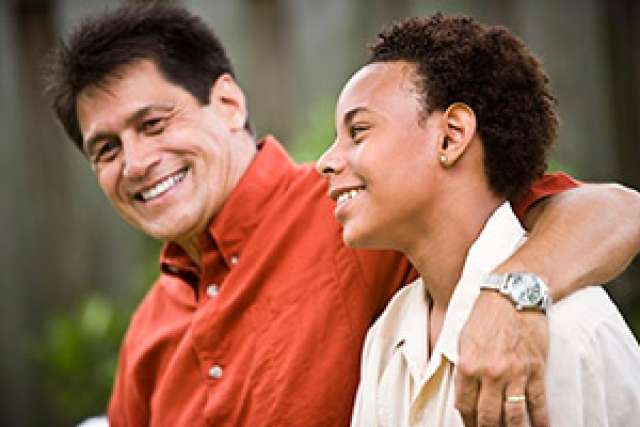 Sixty percent of California teens in the study said they had a role model; 38 percent said they did not
July 30, 2015
Estimated read time: 4 minutes

Adolescents and teens who have positive role models and who participate in after-school clubs tend to be more physically active and are less likely to be overweight, according to a study by the UCLA Center for Health Policy Research.

However, the research also found that low-income teens and teens of color are less likely to have this kind of positive support.

Using data from the 2011–12 California Health Interview Survey, the study’s authors analyzed the presence of role models, adult mentors at school, and participation in volunteer and extracurricular activities among California 12- to 17-year-olds. The researchers then determined how those three “protective social factors” are tied to children’s levels of physical activity and their propensity to be overweight or obese.

The study cites other research that has shown that the presence of protective factors in a teen’s life lead to more positive socialization, greater confidence and opportunities to engage in healthy behaviors.

Whether the protective factors were a part of the teens’ lives varied significantly by their race, ethnicity and household income. For example, only 42 percent of the lowest-income teens and roughly the same percentage of Asian-American teens felt they had a high level of support at school, compared to 60 percent overall. Thirty-one percent of the population participated in clubs outside of school, but just 19 percent of lowest-income and 23 percent of Latino teens did so. Seven of 10 affluent teens said they had a role model, compared to just about half of low-income teens and Latino teens.

While 60 percent of the group overall had a role model, 38 percent said they did not.

“It’s a sad fact that not all teens have a parent or adult to guide them in a positive way,” said Susan Babey, a senior research scientist at the center and the report’s co-author. “If the teen also lacks adult support at school and support from a positive peer group, they sometimes emulate unhealthy characters they see in movies or on TV — which are not the best places to find role models.”

The research also revealed that the proportion of teens who are physically active for 60 minutes or more per day at least five days a week was significantly higher among those who:

Volunteered (42 percent), compared to those who didn’t (34 percent)

“Many teens seek role models who look like them, who they can identify with, who share similar backgrounds,” Babey said. “But the other places they may look for a role model, such as the entertainment industry, have not historically featured faces and stories that reflect the racial and socioeconomic diversity of teens in California.

“So there needs to be diversity of role models — not just in what they look like but in their backgrounds and professions,” Babey said.

The authors recommend that school policies strengthen adult support among teachers and school staff, especially for teens of color and from low-income families; teens and parents help develop school policies and activities; community organizations and schools increase opportunities for social participation outside of school, particularly in underserved areas; and that subsidies be offered to make such programs more affordable.

“Children living in poverty are severely lacking the social supports they need to thrive, which often results in the cycle of intergenerational poverty and poor health outcomes,” said Dr. Robert Ross, president and CEO of The California Endowment. “At The Endowment, we are strong proponents of folding youth development into all of our work. They are our future leaders. Kids need and want to be heard. As adults, it’s our job to make sure we listen and respond.”