Changes in the architecture around cancer cells can fuel their spread 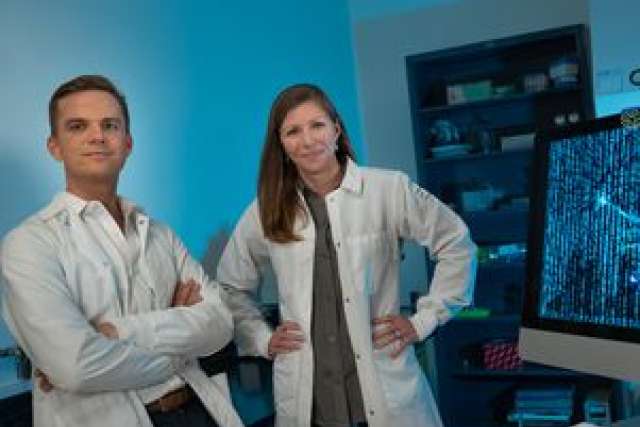 UCLA researchers have found that the extracellular matrix, the dense network of proteins and carbohydrates that surround a cell, can influence how cells move within the body by regulating their sugar consumption. The study shows that acute changes in a single component of the extracellular matrix can trigger a very rapid change in the metabolism and migration of the cell.

Given its importance in the growth and migration in cancer cells, scientists have intensely studied how glucose metabolism can be regulated in response to a variety of both internal and external cues. But little research has focused on the relationship between metabolism and changes in specific components of the extracellular matrix — the dense network of proteins and carbohydrates that surround the cell — which occur both during normal development and in disease progression.

While analyzing breast tumors from patients and breast cancer cell lines for genes that influence glucose metabolism, the researchers made the surprising discovery that among the genes most tightly associated with a high rate of glucose metabolism was a receptor for a core component of the extracellular matrix, hyaluronan.

Because this receptor tethers the cell to the hyaluronan in the matrix, the finding suggested that changes in the structure or composition of the extracellular matrix might affect metabolism. The researchers confirmed that hypothesis by modulating the levels of hyaluronic acid around the cells and measuring subsequent changes in their rate of glucose metabolism.

The study suggests that scientists might be able to create new treatments for cancer that work by targeting tumors in a way that undercuts the cells' ability to metabolize sugar. Instead of therapies working by directly targeting the cell, it may be possible to alter tumor metabolism by targeting the extracellular matrix.

The finding could lead to a new understanding of many diseases, and might particularly shed new light on how cancer spreads. It suggests that differences in nutrient consumption among the cancer cells within a single tumor mass may align with differences in their tendency to migrate. Those cells with a higher rate of glucose metabolism may be able to fuel the migration to other parts of the body, or metastasis.

The research is published online and will be the cover story in the Sept. 20 issue of the journal Cell.

The research was supported by grants from the by the UCLA Tumor Cell Biology Training Program, the National Institutes of Health, the American Cancer Society, the Jonsson Cancer Center and the UCLA Broad Stem Cell Center’s Ablon Scholars Program.