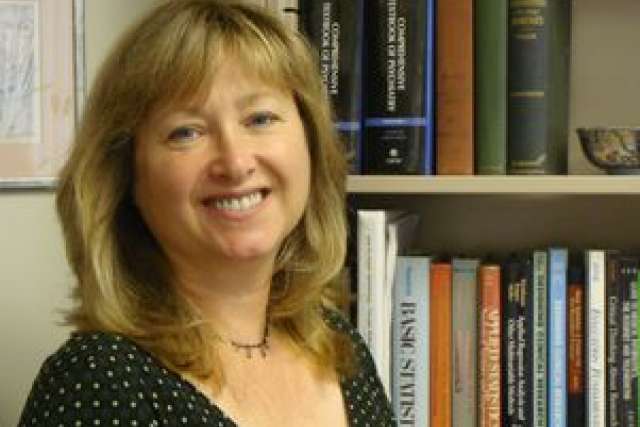 The number of children with psychiatric illnesses admitted to pediatric hospitals in the United States has increased sharply in the past decade, according to a study led by Dr. Bonnie Zima, professor of psychiatry at the UCLA Semel Institute for Neuroscience and Human Behavior.

Using discharge records for children age 3 to 17 from 33 children’s hospitals in the U.S., Zima and colleagues found that the number of pediatric hospitalizations that included a psychiatric diagnosis rose 138 percent between 2005 and 2014. By contrast, the number of hospital discharges for non-psychiatric disorders rose only 26 percent during this same 10-year period.

Although prior studies had shown broadly that pediatric hospital admissions involving psychiatric diagnoses are rising, this new study is the first to apply a deeper analysis by examining hospital trends by the type of psychiatric comorbidity.

This study found that much of the increase in pediatric hospital resource use was attributable to cases in which children had two conditions at the same time — a primary medical condition that was the reason for their hospital admission, as well as a secondary psychiatric disorder.

“The greatest increase in hospitalizations was seen in cases where the psychiatric diagnosis was secondary — for example, a child admitted for severe asthma who also has a diagnosis of a common condition such as attention deficit hyperactivity disorder,” Zima said.

In 2014, nearly 80 percent of all hospital discharges with a psychiatric disorder were for a primary medical condition. These hospitalizations were significant because they accounted for 90 percent of the costs — or nearly $1.5 billion in total — for the children’s hospital care.

“The rising demand for psychiatric care clearly suggests that we place a high priority on the needs of children who have a primary medical condition and also a psychiatric disorder at the same time,” Zima said.

This study was published in the November edition of Pediatrics, a journal of the American Academy of Pediatrics.

Other authors were Dr. Tumaini Coker of UCLA, Jonathan Rodean and Matt Hall of the Children’s Hospital Association, Dr. Naomi Bardach of UC San Francisco and Dr. Jay Berry of Boston Children’s Hospital. Funding was provided by the National Institutes of Health, the Behavioral Health Centers of Excellence for California and the Agency for Healthcare Research and Quality.

Zima and colleagues are now pursuing research on whether children’s hospitals will be able to expand their capacity to care properly for children with secondary psychiatric diagnoses.