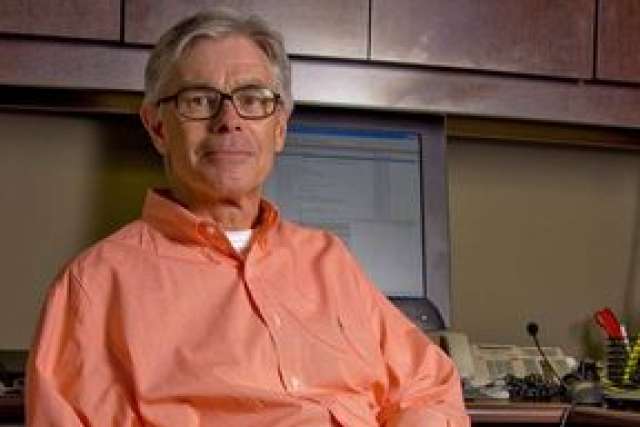 Communities in Africa and Thailand that worked together on HIV-prevention efforts saw not only a rise in HIV screening but a drop in new infections, according to a new study in the peer-reviewed journal The Lancet Global Health.

The U.S. National Institute of Mental Health's Project Accept — a trial conducted by the HIV Prevention Trials Network to test a combination of social, behavioral and structural HIV-prevention interventions — demonstrated that a series of community efforts boosted the number of people tested for HIV and resulted in a 14 percent reduction in new HIV infections, compared with control communities.

Much of the research was conducted in sub-Saharan Africa, which has particularly high rates of HIV. The researchers were interested not just in how the clinical trial participants' behavior changed, but also in how these efforts affected the community as a whole, said Thomas Coates, Project Accept's overall principal investigator and director of UCLA's Center for World Health.

“The study clearly demonstrates that high rates of testing can be achieved by going into communities and that this strategy can result in increased HIV detection, which makes referral to care possible,” said Coates, who also is an associate director of the UCLA AIDS Institute. "This has major public health benefit implications — not only suggesting how to link infected individuals to care, but also encouraging testing in entire communities and therefore also reducing further HIV transmission."

These findings were previously presented at the 2013 Conference on Retroviruses and Opportunistic Infections in Atlanta.

The trial was conducted in 34 communities in South Africa, Tanzania and Zimbabwe and in 14 communities in Thailand. It consisted of mobile testing for HIV, post-test support services and real-time feedback.

The aim of the intervention was fourfold: to increase access to voluntary counseling and testing, as well as post-test services; to change community attitudes about HIV awareness and particularly about the benefit of knowing one's HIV status; to remove barriers to knowing one's HIV status; and to increase the safety of testing and minimize the potential negative consequences of testing by providing various forms of support.

Communities were matched into pairs based on sociodemographic, cultural and infrastructure characteristics, with one community randomly assigned to the intervention and one serving as a control for comparison. (The randomization was performed centrally, and the assignment was not blinded, due to the nature of the intervention.)

Study participants who learned they were infected with HIV were directed to the study's post-test services, which included counseling and referrals to health and social services assistance. Those who tested negative were also directed to post-test services for further counseling, referrals and support — to help ensure they remained uninfected. Local health authorities were thoroughly briefed on the study findings and encouraged to continue the efforts.

Dr. Wafaa El-Sadr, principal investigator of the HIV Prevention Trials Network, under whose auspices the trial was conducted, said the findings reinforced that people need to be made aware of their HIV status through testing in order to receive the necessary care and treatment and to learn how to prevent infection.

"These study findings provide clear and compelling evidence that the provision of mobile services, combined with appropriate support activities, is a strategy that can increase testing rates and also reduce HIV incidence," she said.

The HIV Prevention Trials Network is a worldwide collaborative clinical trials network that develops and tests the safety and efficacy of interventions designed to prevent the acquisition and transmission of HIV. The HPTN research agenda is focused primarily reducing HIV transmission and acquisition through the use of antiretroviral therapy for HIV-infected persons and antiretrovirals as pre-exposure prophylaxis for HIV-negative persons; reducing the impact of behavioral and biologic co-factors that increase the risk of infection; treating substance abuse (particularly injection-drug use); reducing behavioral risk through interventions; and structural interventions. The highest priority of the HPTN is to develop and implement combination prevention strategies that demonstrate a significant and measurable reduction in HIV incidence in a variety of populations and epidemic settings.

The UCLA Center for World Health is a joint initiative of the David Geffen School of Medicine at UCLA and UCLA Health. The goal of CWH is to make UCLA a recognized global leader in health education, research and service, with a reputation for excellence in improving the health of the world's people. The center is led by Thomas J. Coates, a professor of medicine in the division of infectious diseases, and J. Thomas Rosenthal, a professor of urology and chief medical officer for UCLA Health.

The UCLA AIDS Institute and Center for AIDS Research is a multidisciplinary group of top-flight researchers united in the worldwide fight against HIV/AIDS, the first cases of which were reported in 1981 by UCLA physicians. Institute members include researchers in virology and immunology, genetics, cancer, neurology, ophthalmology, epidemiology, social science, public health, nursing and disease prevention. Their findings have led to advances in preventing and treating HIV as well as other diseases such as hepatitis B and C, influenza, TB and cancer. To find out about ways to support these efforts, please contact Laura Pescatore at [email protected].