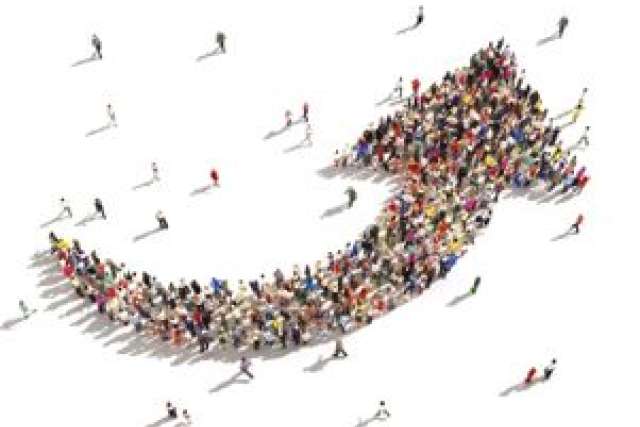 Community health centers are serving millions more people than they did before passage of the Affordable Care Act, according to a new national study by the UCLA Center for Health Policy Research. Yet the number of uninsured people they serve has declined only slightly.

What the future impact of the ACA would be on community health centers, which provide primary health care to vulnerable low-income, uninsured and undocumented populations, was unclear when the law was passed. Many experts thought newly insured patients would switch to private providers to use their new health benefits, costing community health centers patients and government funding.

However, this study reports that most community health centers (CHCs) are not only retaining previously uninsured people reluctant to leave existing doctor-patient relationships, but they’re also attracting newly insured people and treating a larger share of the remaining uninsured people as well.

“Some people felt the quality of care at their community health center was better than what a new, private provider offered,” said Steven Wallace, associate director of the center and lead author of the study. “They’re sticking with the tried and true.”

Study findings were based on interviews conducted from 2014 to 2016 with the staff of 31 community health centers in areas with high concentrations of uninsured and immigrant populations in New York and California, where Medicaid was expanded, and Georgia and Texas, where it was not.

High demand by people with insurance and those without

The number of insured people who used community health centers nationwide increased 35 percent from 2010 to 2014, from 12 million to 16.5 million people, according to U.S. Health Resources and Services Administration data. That increase was reflected in the four case study states in the research. California had the highest jump, a 61 percent increase to 2.7 million patients; Georgia had the smallest, 26 percent, to 198,000.

The HRSA data also reported the number of uninsured people who used CHCs remained high at about 6 million people nationwide in 2014. States in the center’s study accounted for 2 million of them. In Georgia and Texas nearly half of the people who used CHCs were uninsured, followed by California and New York, with 27.5 and 18.6 percent, respectively. In sheer numbers, community health centers in California — which serve nearly the same number of uninsured people  as clinics in New York, Texas and Georgia  combined — provided care to more than 1 million people without health insurance.

The number of immigrants seeking care at community health clinics grew 12 percent between 2010 and 2014, to 5.3 million, according to the study. The study reports that immigrants are an increasingly large share of the people using clinics, and many of them are not eligible for federal funding for health insurance coverage due to their legal status. This is especially consequential in California where about one-third of CHC users are immigrants. However, as the state and some counties provide certain categories of otherwise uninsured low-income immigrant residents with insurance or other coverage, this proportion may be lower than in states with no protections.

“Community health centers are a critical — and sometimes the only — source of care for residents of California who are undocumented,” said Maria-Elena Young, a graduate student researcher at the center and co-author of the study. “These centers play a vital role in ensuring the well-being of community members who are excluded from many services.”

Fears of a ‘fiscal cliff’

The study also reports that federal grants prompted by the ACA gave a much-needed infusion of funding to help serve the growing numbers of people using community health centers. This was particularly true in states that didn’t expand Medicaid or take other measures to help low-income or uninsured patients gain coverage, which left the proportion of uninsured patients almost unchanged. Those funds also helped CHCs increase the availability of pharmacy, mental and dental health services.

But because much of the additional funding is temporary, clinics face significant financial challenges in the future and need stable revenue streams. Also, many clinics are unsure how changes in Medicaid reimbursement policies will affect their financial footing. The study notes that adult primary care receives the least federal funding and grants from foundations, putting continued services to that population at the most risk.

Staffing is another challenge. The ACA requires more specialized paperwork to track service quality, computerized patient record keeping, and other administrative tasks, and that cost is not reimbursed.

“The financial success of community health centers depends on their ability to successfully improve quality and coordinate care, and these improvements will require staff and resources,” said Nadereh Pourat, director of research at the UCLA Center for Health Policy Research. “When patients are high-need, CHCs have to hire more staff and use more resources to be successful. And that costs money.”

The study, supported by the Commonwealth Fund, also reports community health clinics in the study face difficulties recruiting and keeping registered nurses and doctors, because clinic salaries are less competitive than in private industry.

The authors of the study recommend both state and federal policy to permanently maintain and enhance core federal funding for community health centers, insure the remaining uninsured in both expansion and non-expansion states, increase workforce availability by reimbursing CHCs for essential nonclinical services, and help CHCs prepare for changes in Medicaid reimbursement policies.