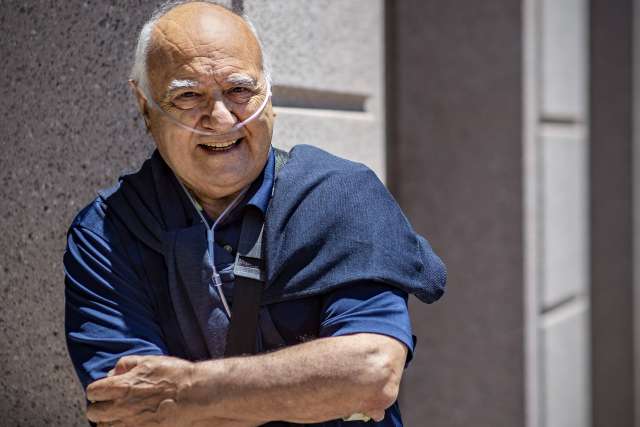 UCLA Health patient Marcelo Olavarria, 78, walks on an inclined treadmill twice a week during his pulmonary rehabilitation appointments, working to increase his lung function seven months after he was first diagnosed with COVID-19.

He particularly looks forward to Fridays, though, when he continues his therapy from a comfortable chair at home, often with his eyes closed.

Through a free pilot program offered by LA Opera and UCLA Health, a trio of professional singers guide Olavarria and six other coronavirus patients through breathing, mindfulness and singing exercises over Zoom.

The goal is to strengthen participants’ lungs and respiratory muscles while bolstering their spirits through relaxation, camaraderie and music. The initial six-week program of 30-minute classes ends July 2, but UCLA Health has extended the program through the end of the year. Sessions will be open to current participants as well as new patients. 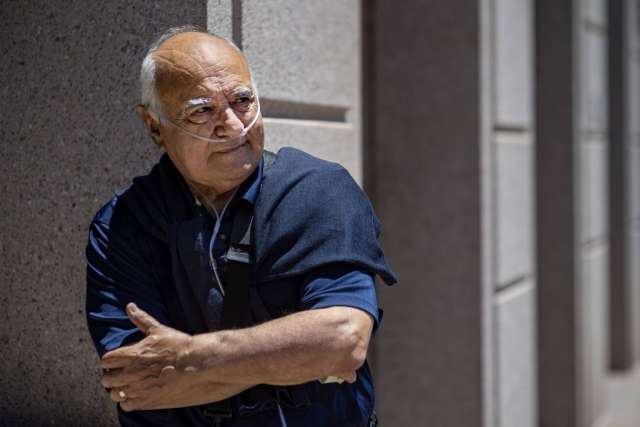 Marcelo Olavarria works with LA Opera singers to strengthen his lungs as as he recovers from COVID-19. (Photo by Joshua Sudock/UCLA Health)

“It’s very interesting that we breathe every day but we don’t have any idea what we’re doing,” Olavarria said during the first session in May. “This brings so much attention to the physical elements of it, especially if you’ve been sick. I’m still on oxygen, but it’s so wonderful to know what we have to do in order to get back to normal.”

The program was created after jazz singer Rondi Charleston of Rondi Charleston Studios learned of a breathing/singing course for COVID-19 patients developed by the English National Opera that aims to reduce the anxiety that can come from experiencing breathlessness. 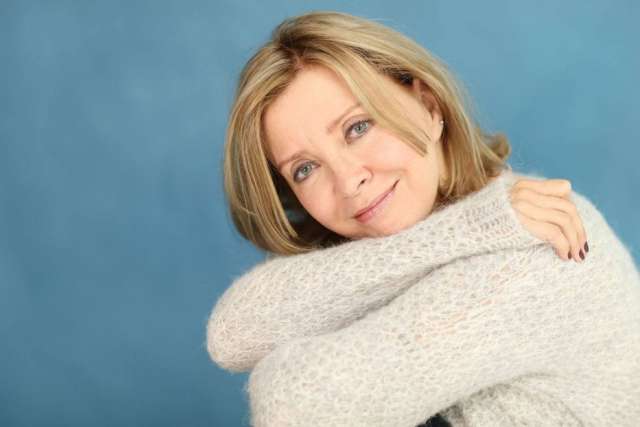 She’s leading the class along with two teaching artists from LA Opera Connects, which oversees community engagement and education for the performing arts company. The sessions are open to UCLA Health patients, referred by their doctors, who were either hospitalized with COVID-19 or who are recovering from long COVID. No singing experience or ability is required.

“It’s a program that hopefully people will adopt all over the country,” Charleston said. “It’s been such a joy to watch these long-haul patients taking their first deep breaths, some of them in a year, and to witness them grow their lung capacity and get so much joy out of singing and making music together.”

Charleston said participants are learning the same breathing techniques that singers use before going on stage. Although singing with classically trained musicians may sound intimidating, the classes offer a safe place for participants to try new things without judgement.

“We’re making it very, very accessible,” she said. “The actual act of singing and making sound is a very basic function. This is not about making beautiful sounds. This is just about connecting to your breath and your body, and whatever sound comes out of you is wonderful.”

Breathing from the belly

During the first class, Olavarria, a retired airline manager, learned breathing techniques from Charleston that focus on expanding the space above the diaphragm in the lungs and rib cage while releasing the abdominal wall and belly.

“Imagine a balloon filling up with air inside your chest," Charleston told the class. “And feel the expansion all the way around to your sides and back."

For the musical portion, Olavarria sang verses of “This Little Light of Mine,” which LA Opera instructor Michele Patzakis noted was an anthem of courage during the civil rights movement.

“One of the ways that our lungs can repair and get more function is by sustaining that exhalation, which we naturally do with singing,” Patzakis told the class. “You’re having courage now to let your lights shine and let your breaths flow. I want you to imagine that as you learn this song.”

Thought it was the flu

Olavarria grew up in a musical household and loves to sing and play the trumpet. When he became sick with what he thought was the flu over the holidays, he felt too out of breath to sing Christmas carols around the piano with the rest of his family.

He tested positive for COVID-19 on Dec. 27, 2020. With worsening symptoms, he was admitted to UCLA Santa Monica Medical Center on New Year’s Day. He spent a week and a half in the intensive care unit and nearly a month in the hospital on full oxygen.

“It was just awful,” Olavarria said. “There was a moment, a few days into the ICU, where I didn’t know if I was going to go one way or the other.”

Olavarria said fortunately he never needed to go on a ventilator, but one lung was badly scarred. Seven months later, he is able to go without supplemental oxygen for a few hours each day.

“It’s unknown whether I’m going to need it long-term or permanently,” he said. “Hopefully in a few months, I might not need it. I’m certainly trying to get there. The singing and the breathing should also help.”

Olavarria, who lives in Los Angeles, has attended many LA Opera performances over the years, including taking his granddaughter to see “Madame Butterfly.” When he heard about the program he was so excited about the chance to learn from such accomplished professionals.

“Since I got COVID, my voice went out,” he said. “It’s very weak. I’m trying to rebuild that.” 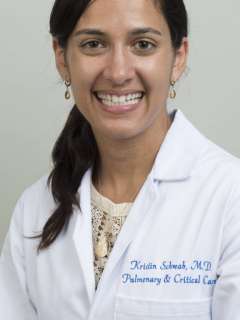 “These exercises are focused around the muscles of respiration – and can really help strengthen the lungs,” Dr. Schwab said. “Beyond the lungs, this class also helps the mind and brain, with the power of music and song. My patients have absolutely loved it.”

Dr. Schwab, who is the medical director of UCLA Pulmonary Rehabilitation, said that in addition to helping patients take longer, deeper breaths, the classes are helpful for improving voice strength.

“A lot of the patients do have significant hoarseness or just weaker voices after COVID,” she said. “The focus on the voice is really beneficial for many, too.”

Nandani Sinha, another class instructor from LA Opera, said she can relate to the participants because she has asthma and severe allergies that threatened to derail her opera career.

“You take something as simple as breathing for granted,” Sinha said. “It’s something we do unconsciously every single day. As soon as something that’s so innately part of your day is gone, so much doubt and fear and just general anxiety come into play. You see it when you talk to some of the patients.”

Sinha said the musical component of the program helps combat the exhaustion from the work of breathing by relaxing the nervous system.

“Music is medicinal,” she said. “If you think about it, the first things we’re hearing are our mothers’ heartbeats and the sounds of the womb. It’s engrained in us that music brings comfort and feelings of safety and calm.”

Olavarria said the classes have raised his awareness of how to breathe for maximum intake of oxygen and his voice is beginning to sound clearer.

“He shows up every week with such an open and willing emotional state of mind,” she said. “He has a very nice voice. He’s got a cheerful, positive attitude. I think he’s going to get better.”

Olavarria, who refereed youth soccer games before getting sick, said the classes have helped him feel stronger and allowed him to express himself through music.

“I’m extremely happy that they have taken the time to do this,” Olavarria said. “It’s very encouraging for those that are suffering from this condition.”