Diabetes linked to a third of hospitalizations in state, driving up health care costs 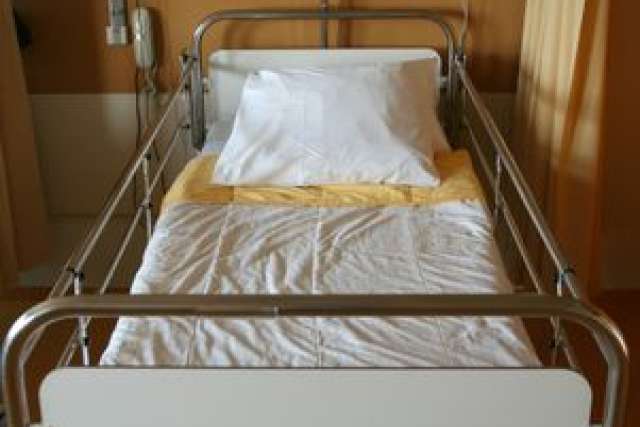 Patients with diabetes account for one in three hospitalizations in California, according to a comprehensive new study on the prevalence of diabetes in hospitals and its impact on providers and spiraling health care costs.

The study of hospital discharge records, conducted by the UCLA Center for Health Policy Research with support from the California Center for Public Health Advocacy, found that among all hospitalized California patients aged 35 or older — the age group that accounts for most hospitalizations — 31 percent had diabetes.

Although diabetes may not be the initial reason for these hospitalizations, the disproportionate share of patients with diabetes highlights the impact this disease is having on California’s health care costs.

The research also showcases the percent of hospitalizations of patients with diabetes and related costs by county.

"If you have diabetes, you are more likely to be hospitalized, and your stay will cost more," said Ying-Ying Meng, lead author of the study and a researcher at the UCLA Center for Health Policy Research. "There is now overwhelming evidence to show that diabetes is devastating not just to patients and families but to the whole health care system."

Diabetes is one of the nation’s fastest-growing diseases and one of the most costly. It adds an extra $1.6 billion dollars every year to hospitalization costs in California, with hospital stays for patients with diabetes costing nearly $2,200 more than stays for non-diabetic patients, according to the study. Three-quarters of that care is paid through Medicare and Medi-Cal, the study authors found, including $254 million in costs that are paid by Medi-Cal alone.

The disease is responsible for a long list of complications, including blindness, kidney disease, cardiovascular disease, amputations and premature death. Since 1980, diabetes cases have more than tripled nationally to 20.9 million. In California alone, diabetes cases have increased by 35 percent in 10 years.

"For far too many families, diabetes has become a common and painful reality," said Dr. Harold Goldstein, executive director of the California Center for Public Health Advocacy. "In very stark terms, this study shows local health care providers and policymakers the enormity of the diabetes epidemic in their counties."

The study also breaks down the added cost of treating patients with diabetes, versus treating those without the disease. In Los Angeles County, for example, diabetes adds an additional $491 million to the costs of treatment; in San Diego County, $120 million; and in Orange County, $109 million.

"What makes the study’s findings particularly tragic is that 95 percent of diabetes cases are preventable," Goldstein said. "By reducing added sugar in our diets, increasing physical activity and making early diabetes screening a priority, we could significantly reduce diabetes cases and save billions of dollars in health care costs."

While the study shows that diabetes has a significant impact on every community across the state, hospitalization records reveal that ethnic communities are most dramatically impacted. Of all Latino hospital patients in California who are 35 years old or older, 43.2 percent have diabetes, compared with the statewide average of 31 percent. American Indians/Alaska Natives are similarly impacted, with 40.3 percent of hospital patients having diabetes, followed closely by African-Americans (39.3 percent) and Asian-Americans/Pacific Islanders (38.7 percent).

"Diabetes is hitting every community hard, but the disproportionate number of hospital patients with diabetes among California’s ethnic groups is especially worrisome," said Dr. Susan Babey, a researcher at the UCLA Center for Health Policy Research and one of the study’s co-authors.

The California Center for Public Health Advocacy is an independent, nonpartisan, nonprofit organization at the forefront of solving the obesity and diabetes epidemics by advocating for policies that build a healthier California. The UCLA Center for Health Policy Research improves the public’s health through high-quality, objective, and evidence-based research and data that informs effective policymaking. The center is the home of the California Health Interview Survey (CHIS) and is affiliated with the UCLA Fielding School of Public Health.

Funded by The California Endowment, the study and supporting materials, charts and background on diabetes are available at www.healthpolicy.ucla.edu/diabetes2014 or www.publichealthadvocacy.org/diabeteshospitalization.html.