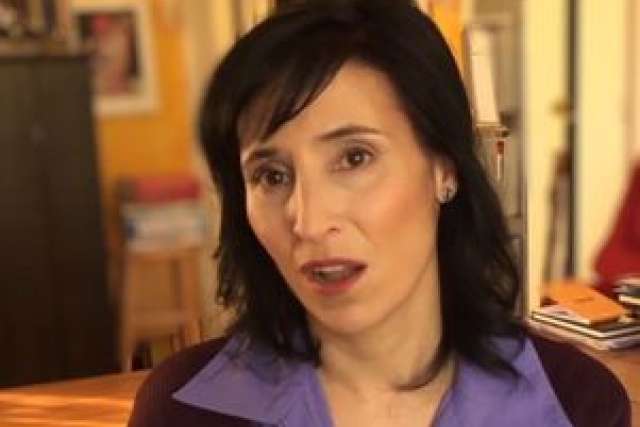 A UCLA Nursing professor has found that culturally tailored multimedia content holds great promise for encouraging Latina woman seek help for, and address the symptoms of, anxiety and depression.

“In my previous research, I found that Latina participants were hard-working and dedicated to their families,” said MarySue Heilemann, an associate professor at the UCLA School of Nursing, the study’s lead author. “To them, getting much-needed mental health care felt selfish and indulgent. If it doesn’t help the family, they just won’t pursue it.”

The research is published in JMIR Mental Health.

Heilemann focused her study on English-speaking Latinas because they report more anxiety, depression and suicide attempts than immigrants or Spanish-speaking only Latinas. To create compelling storylines that would attract her target audience, she teamed up with a Latino screenwriter-director and gathered input from focus groups of English-speaking Latina women. The resulting project is called “Catalina: Confronting My Emotions.”

The videos, which were made available to participants on a password-protected website, focus on a fictional character named Catalina, a 28-year-old dealing with symptoms of depression and anxiety. The stories include drama, intrigue, tension and romance as Catalina decides whether to seek treatment. In one segment, she reflects on her experience after having a very positive session with a Latina nurse-therapist, Veronica. In other segments, Veronica speaks directly to the viewer, providing basic information about depression and anxiety, therapeutic exercises and how to seek help. All of the story videos are in English; a video with basic information about depression is also available in Spanish.

Twenty-eight Latina women participated in the pilot study. Within one week after seeing the story-based videos, nearly 40 percent of them took action to get help and 82 percent discussed the content with others.

“Our findings showed that the women found the intervention compelling, therapeutic and resourceful. We were thrilled to see that the stories really spoke to our participant,” Heilemann said.

The intervention uses a type of platform known as “transmedia,” which involves digital storytelling across multiple platforms, extending from a webisode or television episode to bonus videos, video-logs, blogs, or interactive modules and are accessible on a smartphone, tablet or computer via the internet.

Latinos are the largest ethnic minority group in the U.S., and they receive less mental health care than whites, even if they have insurance, despite more commonly reporting symptoms of depression and anxiety than whites.

Another reason the program was designed for Latina women is their higher than average use of smartphones and the internet. Latinos use smartphones more than any other ethnic group, per a 2016 Nielsen report; and a Pew Research Center analysis found that a high percentage of both English- and Spanish-speaking Latinos use the internet.

“Several women in the study said they wanted more — they wanted to know what happened to Catalina, if she continued with the therapy, if it was working,” Heilemann said. “So many people are struggling with anxiety and depression and don’t feel comfortable getting help. This creates a whole different avenue for them to access therapy discreetly.”

Heilemann’s research is in line with the goals of UCLA’s Depression Grand Challenge, a campuswide effort to reduce the health and economic impacts of depression by half globally by the year 2050.