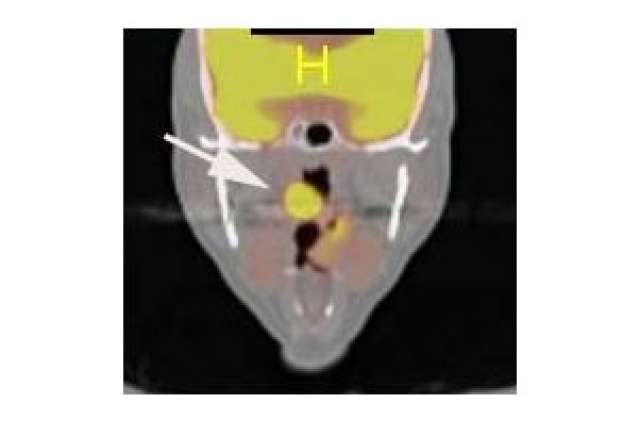 And when that protein is combined with another cancer-suppressing protein, it helps improve the effectiveness of chemotherapy treatments, according to a new study by UCLA researchers.

Human papilloma virus is the most common sexually transmitted infection, and HPV diagnoses are at epidemic proportions. The Centers for Disease Control and Prevention estimate that nearly all sexually active men and women will get it at some point in their lives.

Led by Dr. Eri Srivatsan and Dr. Marilene Wang, UCLA Jonsson Comprehensive Cancer Center members and co-authors of the study, researchers found the link between the protein gigaxonin and head and neck cancer while investigating the chemotherapy drug cisplatin. The drug is successfully able to kill cancer cells by interacting with the protein p16 which is commonly produced in HPV-positive cancers.

“We studied the interaction of p16 in the nucleus of the cancer cell after treatment with cisplatin, and observed how the protein interacted with gigaxonin,” said Wang, professor-in-residence of head and neck surgery. “We found the combination of the proteins stops the cell cycle, allowing chemotherapy treatment to prevent the cell from growing and killing the cancer cell.”

For the study, Wang, Srivatsan and eight colleagues at UCLA also analyzed 103 archival clinical samples from head and neck cancer patients to identify the relationship between p16 nuclear expression and cancer-free survival. They found that patients with cancers with p16 expression had better survival rates than without p16 expression.

Though HPV has mostly been seen in cervical cancer, during the past several years there has been an increase in HPV-positive head and neck cancers, which often affect non-smoking younger adults, who previously were not considered to be at high risk for head and neck cancer.

The researchers said they hope that the new findings will lead to an enhanced form of personalized targeted therapy for head and neck cancer patients, ultimately reducing the harsh side effects of chemotherapy and radiation.

“This discovery opens new possibilities in the diagnosis and treatment of HPV-positive head and neck cancers,” said Srivatsan, who is a professor of general surgery.

The study was recently published online in the Journal of Biological Chemistry.