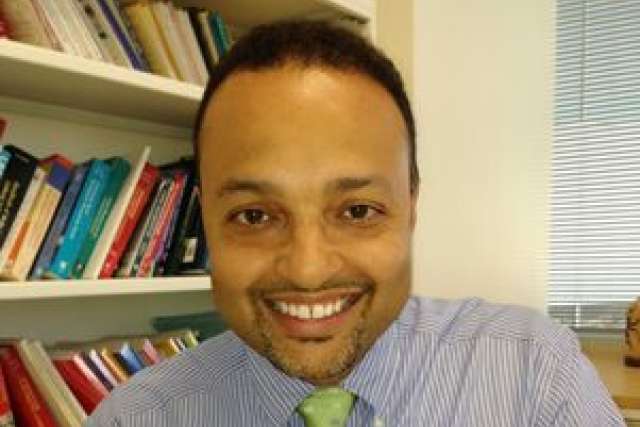 People with diabetes who enroll in a health insurance plan tailored to their medical condition are more likely to stick to their medication and actively take charge of their own health care, according to a UCLA study.

The research, which was published in the peer-reviewed Journal of General Internal Medicine, looked at the effectiveness of a health plan designed for people with diabetes and pre-diabetes.

The health plan also helps reduce medication costs, according to the report, which was led by Dr. O. Kenrik Duru, associate professor in residence of medicine in the division of general internal medicine and health services research at the David Geffen School of Medicine at UCLA.

Other studies have had similar findings, but the UCLA research examined all patients with diabetes who were eligible for the Diabetes Health Plan — a health insurance plan marketed by Minnetonka, Minnesota-based UnitedHealthcare — whether or not these people were actually enrolled, Duru said. UnitedHealthcare provided data for the study, but the statistics were analyzed and reported by UCLA researchers.

“That is more reflective of how real-world programs work, since an effective program in, for example, 1 percent of the population has little practical benefit if 99 percent of the population doesn’t sign up,” Duru said. “Our study was designed to address a question that employers have: If they purchase this or a similar plan, what type of benefit can they expect across their eligible population?”

People who regularly take medication for their diabetes are less likely to be hospitalized or need emergency treatment, and have lower costs of care in the long run. Employers therefore have an interest in trying alternative approaches to providing medical care for employees with diabetes, Duru said.

The diabetes-specific plan requires that enrollees be actively involved in their own health care. It includes reduced cost-sharing for medications and office visits, and free or low-cost resources to manage the disease, including telephone and online coaching. It was designed to provide an estimated annual out-of-pocket savings of between $150 and $500 per participant.

Duru’s team wanted to determine whether the plan was cost-effective for 10 employers who purchased it for their employees. In one of the tests, they analyzed how diligently participants, over the course of 12 months, took three types of drugs that are discounted by the plan and two that are not. These results were weighed against those of control patients who had plans from UnitedHealthcare that were not disease-specific. Compared to that group, employees on the disease-specific plan continued to take their prescribed medications at a rate about 5 percent greater than patients with standard plans, although this was only true for the medications discounted on the plan.

“One thing that was unique to our study was that we also looked at adherence to medications that were not covered by the health plan, such as thyroid and asthma medications,” Duru said. “We found that adherence to these medications did not increase, which gives us more confidence that the effect we found was truly due to the disease-specific health plan and not some other factor.”

According to Duru, this can be translated to about a 1 percent reduction in health care spending and 0.6 percent fewer visits to hospitals and emergency treatment centers.

“Linking the incentive of decreased cost-sharing to a requirement that those who enroll demonstrate engagement in their own health care is an intriguing option for employers and health plans to consider,” Duru said. “The ultimate benefit of the Diabetes Health Plan will depend greatly on the baseline health status of the employees with diabetes, and how they use health care.”

The study was funded by the Centers for Disease Control and Prevention’s division of diabetes translation and by the National Institute of Diabetes and Digestive and Kidney Diseases’ Natural Experiments for the Translation of Diabetes study (grant DP002722).