‘My advice is not to panic. Work with your health care provider or your pediatrician to navigate this,’ says UCLA Health’s Dr. Kara Calkins 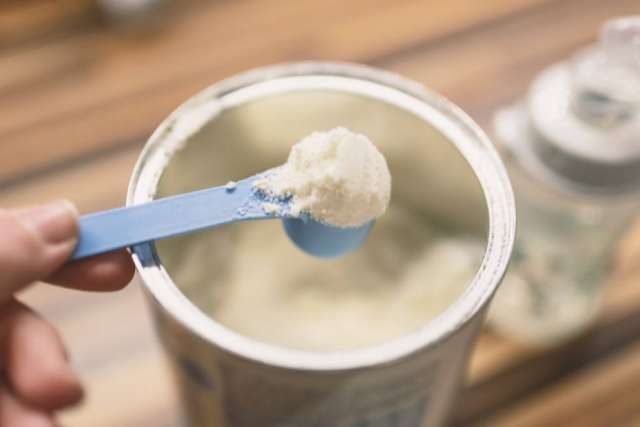 In the midst of a national infant formula shortage, UCLA Health doctors are warning against homemade recipes or diluting bottles, and advised that pediatricians can help locate supply for babies with special health needs.

“I imagine many mothers and fathers and families are a bit stressed thinking about this shortage if their baby is formula-fed,” said Kara Calkins, MD, a neonatologist and associate professor at the David Geffen School of Medicine at UCLA. “My advice is not to panic. Work with your health care provider or your pediatrician to navigate this.”

Pandemic-related supply chain issues have been a factor, but the shortage has become more acute since a February recall of three types of formula after babies developed bacterial infections.

On Monday, May 16, the U.S. Food and Drug Administration announced an agreement for a closed factory to reopen, with an increase in supply expected in roughly eight weeks. Then on Wednesday, May 18, President Joe Biden invoked the Defense Production Act to speed up production by instructing makers of formula ingredients to prioritize distribution to formula manufacturers.

“Understandably, there’s a lot of worry about this issue,” said Carlos Lerner, MD, a pediatrician and professor of pediatrics at DGSOM. “For the majority of kids, there are a variety of alternatives that are accessible still.”

Dr. Lerner said while waiting for supplies to increase, the greatest concern is for the small number of babies who need a special formula for medical reasons.

Dr. Calkins said she has not heard of supply concerns for hospitalized infants but noted that UCLA has the contacts to work directly with formula companies if a child with severe allergies needed a particular product such as one in which milk proteins are already broken down.

“Without it, if they take the standard formula, perhaps they could get quite sick,” she said. “Those are families that definitely need to be prioritized to make sure they get access to those formulas.”

Dr. Lerner said tracking down certain formulas can take a lot of effort by families and medical staff, but so far his patients have found what they need.

“Our dietician has worked hard to identify locations that still have some supply of those formulas,” Dr. Lerner said. “It’s a matter of really making phone calls.”

Other families who may be vulnerable during the shortage include those who obtain formula through the Women, Infants, and Children (WIC) program. Drs. Calkins and Lerner said affected parents should reach out to their local WIC office for assistance.

“It’s particularly concerning for those with limited means to obtain other sources of formula,” Dr. Lerner said.

For babies who can have regular formula, Dr. Lerner suggested calling around to various stores to check availability. He said willingness to switch brands can help parents get through the shortage, although that can cause an upset stomach or change in stools in some babies.

“It is true anytime you switch formula, the baby may go through a brief adjustment period,” he said. “If you have enough of the old formula, one way to help with that is to make the transition more gradual by mixing the two. If that’s not available, in general it’s fine to switch abruptly.”

Dr. Lerner said that most brands of regular formula contain very similar ingredients and can be used interchangeably.

In a bind, pediatrician offices may have some formula samples.

“I would encourage parents to utilize that supply as a last resort,” he said. “It’s unlikely they’d be able to give a large amount.”

Formulas made in Europe may be more readily available, but parents should ensure that they only buy products that have been approved by an FDA equivalent, Dr. Calkins said.

“You want to be careful if you order it online – you may not get the product you want because there’s a lot of scams online,” she said. “Sometimes the instructions are not in English. There are documented cases where families have bought European formula and mixed it incorrectly. You want to make sure you can read the instructions properly.”

Dr. Lerner said online formula purchases should be made only from reputable suppliers. For instance, he cautioned against buying from individuals at auction sites such as Ebay.

“They’re growing quickly and they have no other alternative sources of nutrition,” Dr. Lerner said.

But parents of older babies can consult their pediatricians about transitioning them to cow’s milk, which is recommended by the American Academy of Pediatrics starting at age 1.

“The closer you get to 1 year of age the more acceptable using whole cow’s milk becomes,” Dr. Lerner said. “For an 11-month-old, I’d have little hesitation suggesting that as an adequate temporary alternative.”

Toddler formula could also be an option for a baby nearing 12 months.

“The nutritional content is somewhat different from baby formula,” Dr. Lerner said. “For a short period of time, it’s an acceptable substitute the closer you are to being a toddler.”

Giving cow’s milk to a young baby could cause anemia or bleeding in the intestines, Dr. Calkins said. Watered down formula can cause an electrolyte imbalance in the blood.

“When you give infants, who have immature kidneys, just water or a diluted formula, they can have abnormal salt levels,” she said. “When it gets very abnormal, it can lead to seizures.”

“They may fill up with a 4-ounce bottle but get inadequate nutrition,” he said. 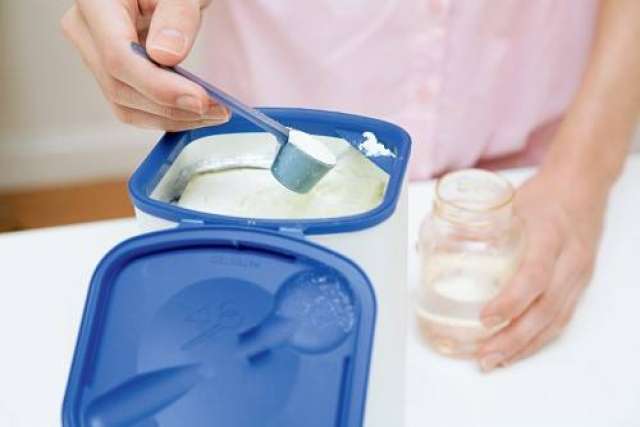 Drs. Lerner and Calkins also cautioned against homemade formula, which the FDA has warned can lack appropriate nutrition and also become contaminated.

“We need to realize there’s a science behind formula,” Dr. Calkins said. “People have spent decades designing formula. They’re not akin to breastmilk but they’re the safest and best alternative to breastmilk. Trying to make your own formula in your kitchen could be dangerous. That could lead to giving your baby too many nutrients or not enough nutrients.”

With store purchase limit policies varying, parents should also avoid stockpiling formula to ensure that others have access until supply improves.

“I do think physicians and the various companies, and more importantly the FDA, are very committed to solving this problem,” Dr. Calkins said.