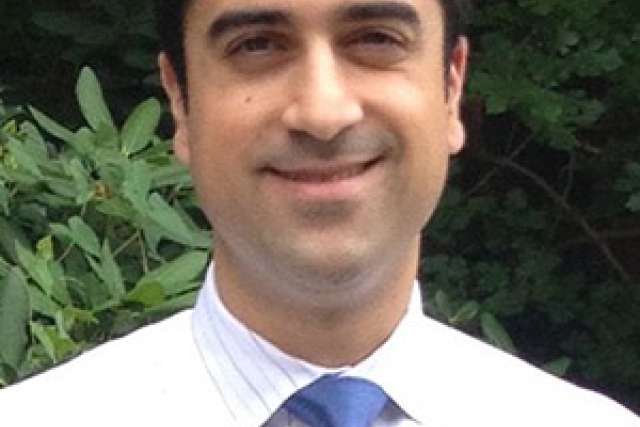 A study led by Dr. John Mafi, a professor at the David Geffen School of Medicine at UCLA, has found that a simple note from a primary care doctor can be a critical way to keep patients involved in their own health care.

The research, published today in the peer-reviewed Journal of the American Medical Informatics Association, examined a growing national program that provides patients with easy online access to their doctors’ notes about their appointments.

The program, OpenNotes, began in 2010, when 105 primary care physicians invited nearly 14,000 of their patients to view their electronic notes about their clinic visits. The initiative was intended to better engage patients in their own care and improve communication between patients and their doctors.

It turned out to be quite a success: Patients demonstrated better recall of their medical plans, felt more in control of their care and were more likely to take their medications. Doctors found that sharing their notes with patients had little negative impact on their workflow. Five years later, more than 5 million patients are participating in the OpenNotes movement. And recently, four nonprofits contributed a total of $10 million to expand the program to 50 million patients.

But even as the program began to grow, two major questions arose: Would patients continue to access the notes after the initial enthusiasm died down? And, how important were the doctors’ reminders in prompting patients to remain active participants in their own care?

The study suggests that the reminders are indeed very important. Led by Mafi, an assistant professor of medicine in the division of general internal medicine and health services research at the Geffen School, the researchers found that patients tended to view clinic notes substantially less once they stopped receiving the reminders, while patients who continued receiving them tended to continue accessing the notes.

Mafi said patients immediately forget between 40 percent and 80 percent of what their doctors tell them — and they get about half of what they do remember wrong.

“Poor patient–doctor communication represents one of the biggest problems in our health care system,” said Mafi, who conducted the research as a fellow in general internal medicine at Boston’s Beth Israel Deaconess Medical Center and Harvard Medical School. “OpenNotes offers patients a way to remember their doctors’ instructions, rationale for their care plan and any other critical information about their health. OpenNotes has the potential to empower patients to take charge of their health.”

Another recent study about OpenNotes found that patients who read their notes are more likely to take the medicine they need to lower their blood pressure.

During the second year, patients at Beth Israel Deaconess viewed their notes with the same frequency until a slight decline during the final three months. At Geisinger, however, just 13.2 percent of patients continued viewing their notes once the email reminders ceased.

The study also found that compared to 55.1 percent of white patients viewed their notes, compared with 36.3 percent of black patients; these differences remained relatively consistent even after the researchers accounted for differences in demographics, the patients’ illnesses and other factors.

“While we predicted that reminders would influence patients’ viewing their doctors’ notes, we did not anticipate the large role that reminders seem to play in patients continuing to access viewing their notes,” Mafi said. “The key lessons of our study are that sending reminders to patients to view their medical notes may be essential to promoting patient engagement and improving patient-doctor communication, and that new health technology implementation requires additional efforts to reduce potential disparities in health.”

Mafi said future studies should evaluate how to better engage non-white patients in order to help mitigate racial and ethnic health disparities. Researchers should also evaluate the best way to invite patients to view their doctors’ notes and then gauge the impact on patient engagement, management of chronic diseases and health outcomes.

He also added that many patients already have access to their notes but might not realize it.

“We encourage people to ask their doctors or other healthcare professionals about whether they have access to their notes, and to make it a habit to view them,” he said.

The work was supported by a National Research Service Award training grant (T32HP12706) from the U.S. Health Services and Research Administration and the Ryoichi Sasakawa Fellowship Fund, the National Institutes of Health (K24DK087932); the Robert Wood Johnson Foundation (65921), the Drane Family Fund and the Richard and Florence Koplow Charitable Foundation.