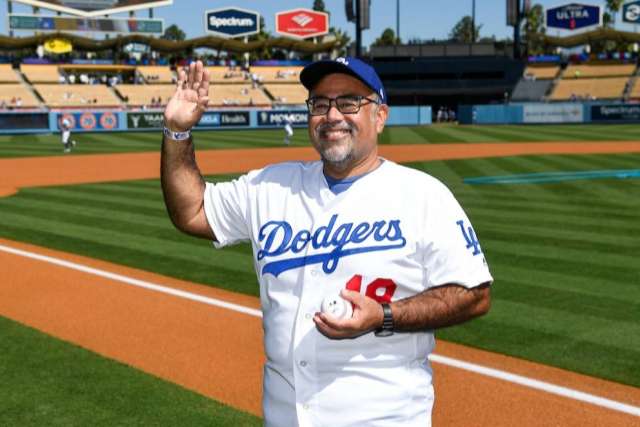 He was excited but also nervous. In 2019, he had undergone an elbow replacement after falling from a ladder.

“I was worried about not being able to make the throw,” he says. “I spent a few evenings practicing because of it.”

It reduced the pressure, he admits, that the game was held in the afternoon, in the middle of the week. The weather was “fabulous” and his family was there as his cheerleading section.

Muñoz grew up in Sanger, a town east of Fresno. His family followed all the California baseball teams – “the Dodgers and Oakland Athletics, and some followed the Giants and Angels. There was a distinct dichotomy between family members.”

A longtime Dodgers fan, Muñoz loves that there are lots of Latinos who play baseball and the sport’s importance to Californians.

He calls his family “classic Chicanos from California” with roots in northern Mexico. He was the first in his family to attend college, and his father, a Vietnam veteran, put his children through school.

“He’s from a time where with good backing and attitude, Chicanos could really make it in the middle class.”

Muñoz “grew up in and around government programs,” he says. The need for quality health care in the Oakland-Berkeley corridor, where Muñoz spent much of his adult life, was impossible to miss.

“I have deep sensitivity and appreciation for the value of Medicaid and Medicare here in Los Angeles,” he says. “I have worked really aggressively to try to help improve access in that space.” 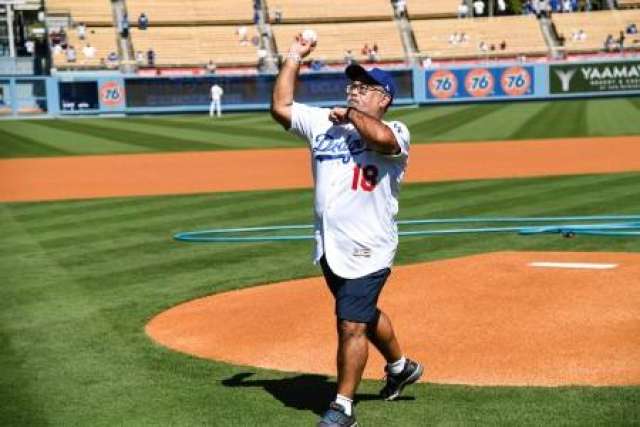 “I came to UCLA because I did not want to be left out of implementing what we worked so hard to achieve with the Affordable Care Act,” he says.

Before coming to UCLA Health nine years ago, Muñoz held a similar position at the University of California Office of the President, where he led the development of UC Health systemwide partnerships with health plans, government and major employers.

More recently, Muñoz has spent much of his time working on the Mid-Wilshire hospital project. The campus was acquired in 2021 and is undergoing a state-of-the-art facility renovation. Plans include inpatient and outpatient mental health services, one of Los Angeles County’s most urgent unmet needs, and “an enormous opportunity to advance access to services,” he says.

“All the work we do, at every level, is about advancing care. It’s work that transcends the health system.”