Drought restrictions had side benefit: Lowering risk of mosquito-borne disease 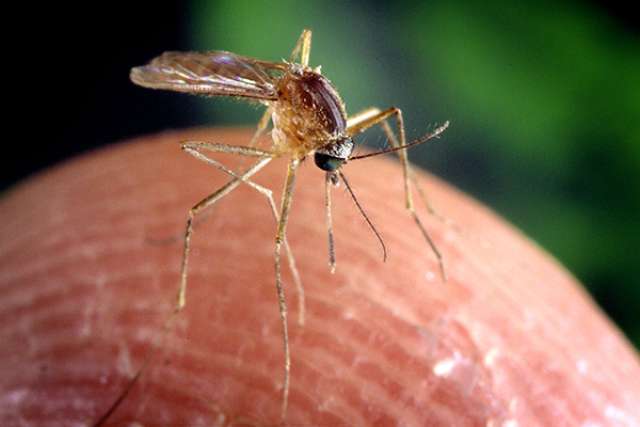 "Efforts to reduce urban water use have a secondary benefit: They reduce the abundance of the mosquitoes that are responsible for West Nile virus," said UCLA's Dennis Lettenmaier.

Shallow pools of water on lawns are ideal breeding grounds for the mosquitoes that transmit West Nile virus, the most common mosquito-borne disease in the United States.

A new study by scientists from UCLA and three other universities found that reducing shallow pools of water where the insects lay their eggs is key to preventing the spread of the virus.

The study, funded by a grant from the UC Office of the President and published in the journal Environmental Science and Technology, found that California's water-use restrictions during the statewide drought from 2012 to 2016 led to a decrease in the number of mosquitoes that carry the virus.

The researchers focused on Orange and Los Angeles counties, where 13.3 million of the state's 39.5 million residents live. They determined that without those water-use restrictions, the number of mosquitoes would have been 44% higher in Los Angeles County and 39% higher in Orange County.

Dennis Lettenmaier, a UCLA professor of geography and the study's senior author, said the research demonstrates an added benefit — beyond water conservation — of cutting back on outdoor water use.

"We are going to have a warmer climate, and the demand for water for outdoor irrigation in particular will go up," Lettenmaier said. "Efforts to reduce urban water use have a secondary benefit: They reduce the abundance of the mosquitoes that are responsible for West Nile virus."

The study's other authors include Abinash Bhattachan, a former postdoctoral research associate in Lettenmaier's lab who is now a professor at Cal State East Bay, and Nicholas Skaff, an infectious disease scientist at UC Berkeley.

For the study, the researchers analyzed mosquito data from the California Vectorborne Disease Surveillance System — a partnership among the state's public health depatment, mosquito control agencies and UC Davis — and residential water-use records from the California State Water Resources Control Board.

"Mosquitoes are well adapted to finding small, isolated or hard-to-find little pools of water that they can lay their eggs in," Skaff said. "There's a big connection in Los Angeles between human water use, like irrigating your lawn or landscaping, and providing habitats for mosquitoes."

In Los Angeles, West Nile virus transmission is most common in the summer and early fall — which is also the time of year when outdoor water use peaks, as people try to keep their lawns and plants green. The researchers found that the numbers of mosquitoes declined more in lower-income areas than they did in wealthier neighborhoods — most likely, they write, because homeowners in wealthier quarters often ignored the water-use restrictions and continued watering their lawns and gardens.

Mosquitoes can breed in just a few milliliters of water — about a bottlecap's worth — sitting in the shade for a few days. Hundreds of eggs hatch at a time before the insects grow into biting adults in just over a week.

Most people infected with West Nile virus are asymptomatic, but 20% develop flu-like symptoms. The virus can lead to life-threatening illness in less than 1% of those who are infected. And although the study focused on West Nile virus, there are other mosquito-borne diseases in Southern California, including St. Louis encephalitis, Zika and dengue fever.

"Keeping lawns green and healthy and irrigating them two to three times a week will become a challenge with climate change," he said. "Water is going to be a scarce commodity, and using it liberally could create more habitat for mosquitoes."