How your diet can help the planet

'The most powerful action you can take as an individual right now is to change your eating habits to be more sustainable,' says UCLA Health dietitian Dana Ellis Hunnes 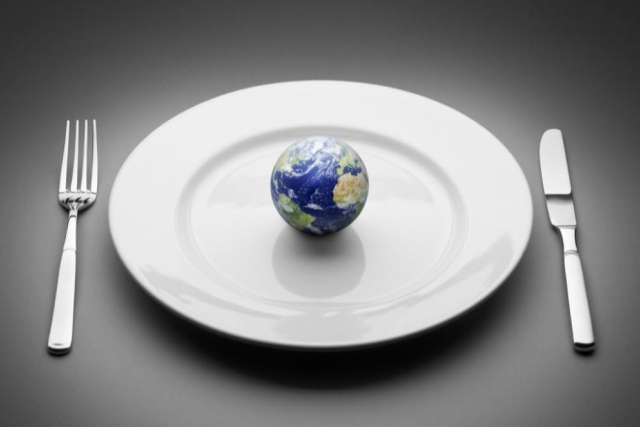 Looking to take meaningful action to help the planet? An effective way to reduce climate change is as close as your next meal.

Dr. Hunnes believes so strongly in the power of food choices to affect climate change that she wrote a book about it. “Recipe for Survival: What You Can Do to Live a Healthier and More Environmentally Friendly Life” was released in January by Cambridge University Press.

“When we think about climate change, we think about emissions from cars, from planes and from our houses. And all too often, we're not also thinking about what we eat,” she says. “The most powerful action you can take as an individual right now is to change your eating habits to be more sustainable.”

EarthDay.org encourages awareness of our “foodprint,” a measurement of the environmental impacts associated with the growth, production, transportation and storage of our food. Adopting a plant-based diet is a key way to “shrink your foodprint.”

How animal agriculture affects the environment

Food production is a significant source of global greenhouse gases, Dr. Hunnes says. Animal agriculture — particularly the cultivation of beef and dairy cows — is the leading culprit, as cows emit millions of tons of methane each year. 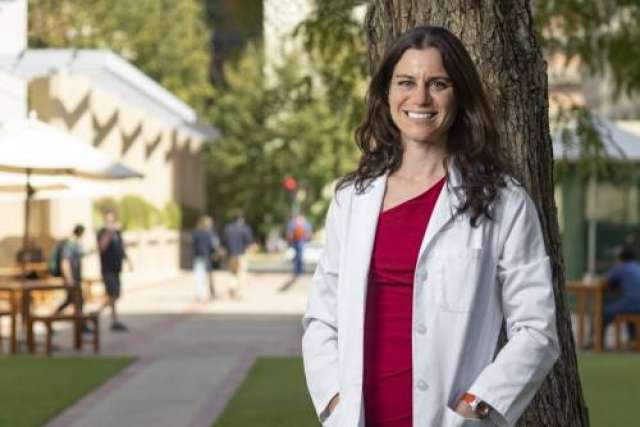 UCLA Health dietitian Dr. Dana Ellis Hunnes is the author of "Recipe for Survival: What You Can Do to Live a Healthier and More Environmentally Friendly Life." (Photo by Joshua Sudock/UCLA Health)

Americans consume an average of 200 pounds of meat per person per year, an eating pattern being adopted around the world as developing nations gain wealth.

It takes a lot of land to grow food for these animals that people eat and for the planet’s human population of 7.8 billion — half of the ice-free land on Earth. The growing need for grazing lands leads to deforestation, which eliminates habitat for wild animals and trees that would otherwise remove carbon dioxide from the atmosphere and keep moisture in the ground, further exacerbating climate change.

“A vegan or plant-based diet can grow 10,000 times as many calories on one acre of land as growing an animal,” she says.

The impact of aquaculture

While eating fish instead of red meat may be healthier for our bodies, the cost to the planet is still unsustainable, Dr. Hunnes says.

Commercial fishing methods, including gill nets and bottom trawling, sweep up large swaths of animals, many of which were never destined for the marketplace and get tossed overboard – dead. This leads to overfishing, with as much as 90% of the world’s seas being depleted faster than fish can reproduce, she says.

Some of the most commonly eaten species have become “critically endangered and threatened with extinction,” Dr. Hunnes says, including grouper, swordfish and the Patagonian toothfish, better known as Chilean sea bass.

Farm-raised fish also have environmental costs as they can pollute and contaminate wild-fish environments and often require large amounts of feed, she says.

Where would the protein come from?

One question many have: Does a diet free of meat, fish and poultry have enough nutrients, particularly protein? Dr. Hunnes says most Americans can get ample daily protein without eating animals.

“Everything has a little bit of protein in it. Even an apple has half a gram of protein,” she says. “There are plenty of plant-based foods out there that have plenty of protein and you absolutely can get enough, if not more than enough, from plant-based sources.”

Popular plant-based sources of protein include peanuts, tofu and beans.

Packaged foods: Bad for you and the planet 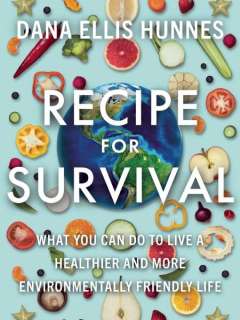 UCLA Health dietitian Dr. Dana Ellis Hunnes is the author of "Recipe for Survival: What You Can Do to Live a Healthier and More Environmentally Friendly Life." (Photo by Joshua Sudock/UCLA Health)

Reducing consumption of packaged foods is another way to help the environment, Dr. Hunnes says, as these foods tend to rely on two things that harm the planet: palm oil and plastic. Palm oil, which is an efficient crop and shelf-stable fat that is cheaper to produce than other oils, is found in foods such as crackers, cookies, cereals, breakfast bars and cake mixes, among other packaged products. Palm oil production leads to clear-cutting forests in Indonesia and Malaysia to make room for palm-oil trees, Dr. Hunnes says. This drives orangutans and other species from their natural habitats.

“Unfortunately, our appetite for palm oil is only growing,” nearly doubling over the past 12 years, Dr. Hunnes says.

Packaged foods often rely on plastic, which pollutes the oceans and, ultimately, animal bloodstreams. Plastic photo-degrades in ocean waters, becoming micro-plastics that are consumed by marine animals. These materials release toxins, called persistent organic pollutants, which bio-accumulate up the food chain and into many of the fish that people eat, Dr. Hunnes says, adding that most Americans have residue of these toxic pollutants in their blood.

Consider buying staple foods in bulk and packaging them in reusable containers. Reduce food waste destined for landfills by freezing leftovers and composting what you can’t eat.

Choose plant foods more often and reduce consumption of animal foods. “Crowd out the meat with everything else on the plate,” Dr. Hunnes says. “If you’re going to eat it, make it a condiment and not the main.”

Let the future of the planet be your motivation, she says, and consider the words of Albert Einstein.

“Albert Einstein is known for many great things,” Dr. Hunnes says. “But one thing I like to attribute to him is the idea that, ‘Nothing will benefit human health and increase the chances for survival of life on Earth more than the evolution to a vegetarian diet.’"

Learn what UCLA is doing to create a sustainable food system.