Federal budget would win, but the most vulnerable and poor would lose, under capped Medicaid funding scenarios 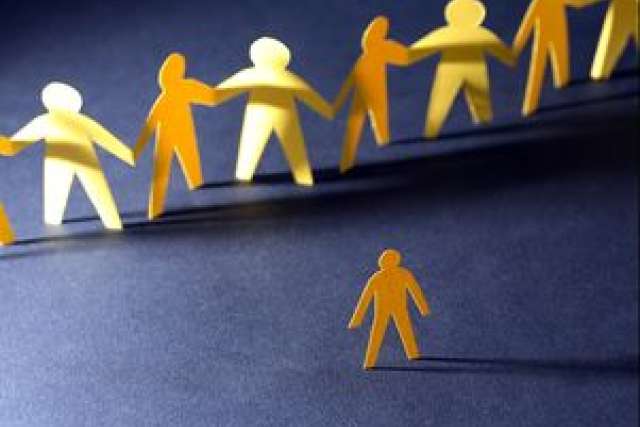 The Trump administration’s intent to reform Medicaid includes financing changes that would save hundreds of billions in federal dollars over time, but at the expense of cutting significant health care benefits to tens of millions of the program’s most vulnerable recipients — the disabled, children and elderly Americans, according to a new report from the UCLA Center for Health Policy Research.

None of three “capped” financing systems — block grants, capped allotments and per capita caps — discussed in previous health proposals guarantees benefits for those who qualify for the low-income health program. All of them shrink real funding over time because the proposed growth formulas set the growth to a lower rate than what would be expected under current law. In contrast, the current Medicaid system guarantees benefits to all eligible enrollees and grows in response to increases in enrollment and health care costs.

As a result of capping, states would have to choose whether to bear an increasingly larger share of Medicaid costs, cut patient benefits, create waiting lists, or institute other strict requirements to limit enrollment, according to the study’s authors.

“These are great plans for federal accountants. It’s a terrible plan for everyone else,” said center Director Gerald Kominski, co-author of the policy brief. “The decrease in funding will profoundly damage the ability of California — and other states — to cover beneficiaries as time goes on.”

Disabled and elderly account for a disproportionately high level of care

The Medicaid program is jointly financed by the federal and state governments. The federal government currently pays about 63 percent of the cost, and states the remaining 37 percent, although the proportion varies by state, according to the study. As a provision of the Patient Protection and Affordable Care Act, Medicaid eligibility was expanded to include poor single, childless, low-income adults, which vastly expanded the number of people gaining health insurance. In 2015, Medicaid covered 62.4 million Americans at a cost of $552 billion, according to the report.

Benefits vary widely by population group, with the disabled and those 65 years and older making up about 25 percent of enrollees in 2011, but accounting for 64 percent of Medicaid spending.

“It obviously costs more to provide care for certain populations, such as the severely disabled,” said Haleigh Mager-Mardeusz, a graduate student at the UCLA Fielding School of Public Health and co-author of the report. “Capped funding will force states to make hard choices about who ‘deserves’ health care coverage.”

Each proposed capped financing system would change — and decrease — Medicaid funding to states as well as fundamentally alter the structure of the Medicaid program from an entitlement program, in which any person who qualifies can receive health benefits:

Block grant: Changes Medicaid to a fixed-grant program that stays constant over time, regardless of whether an economic downturn leaves more people uninsured or a population spike increases demand for enrollment. The report’s authors say funding for block grant programs are often targeted during federal budget cuts.

In California, spending per enrollee in one proposed version of a block grant would drop from $4,500 a year currently to $3,200 a year within the first year of a block grant conversion, according to the study.

Capped allotment: Requires the state to spend money in order to receive matching federal funds, up to a limit. A state that spends less than anticipated would have its federal match reduced. Funding under this system is expected to be lower than current funding.

Per capita caps: Limits how much can be spent on health care per enrollee. The state would be responsible for any amount that exceeds the limit, which would be a problem with sicker, older patients, who require more care, or in the event of a natural or man-made disaster. Geographic variation in health costs could be a problem for many states, if the federal government uses a uniform cost measure. Per capita caps were the proposed funding system in the American Health Care Act.

In California, estimated benefits would drop significantly in the first year under one proposed version of a per capita cap system for almost all population groups except adults, from $21,775 to $15,100 for a disabled beneficiary; from $12,725 to $5,580 for an elderly individual; and from $2,500 to $1,820 for a child. Adult beneficiaries are an exception: Their benefits would increase from $1,715 to $2,271 under a per capita cap funding system.

According to the report, proponents of capped funding systems say those systems will encourage states to become more efficient and innovative and to find ways to provide health services for less money. However, the authors note that state Medicaid programs are already very efficient and most states would end up bearing increased costs as the real value of federal funding diminishes over time.

“Under these caps, many Medicaid patients will see retraction of their health care,” said Cosima Lenz, a graduate student at the UCLA Fielding School of Public Health and co-author of the report. “It’s the opposite of what we saw with Medicaid expansion under the Affordable Care Act.”

Read the policy brief, “A ‘cap’ on Medicaid: how block grants, per capita caps and capped allotments might fundamentally change the safety-net.”