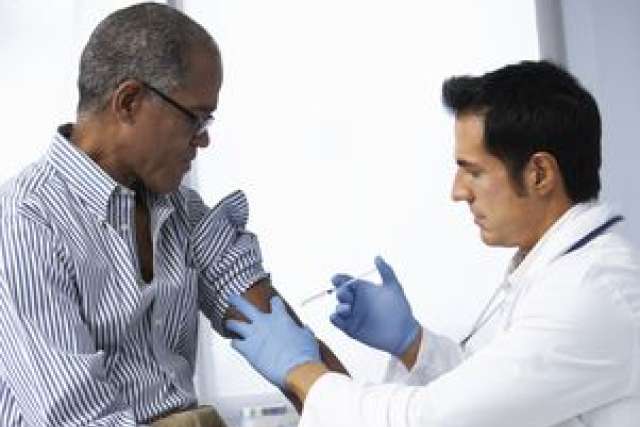 More than 60 percent of all adults in California fail to get an annual flu shot, according to a new journal article by UCLA researchers that also found wide disparity in flu immunization rates among Asian subgroups.

Using California Health Interview Survey data for 2011-12, the article, which was published in the American Journal of Infection Control, reports immunization rates for two adult Asian ethnicities in the state — Koreans and Vietnamese — were the highest at 48.9 percent and 46.7 percent, respectively, compared to a 40.2 percent rate for whites. Rates for other ethnic groups studied — Latino, Japanese, Chinese, Filipino, South Asian, Asian other, and other — were not significantly different from whites. African-Americans had the lowest rate of the groups studied, 28.5 percent.

Statewide, the immunization picture improved, with 1 in 3 adults participating in 2011-2012 compared to 1 in 4 in 2005, according to the article. An advisory committee of public health and medical experts, which makes recommendations to the Centers for Disease Control and Prevention on vaccines and disease control, advocates an annual flu shot starting at the age of 6 months to reduce the chances of contracting a potentially debilitating flu virus.

“It’s important to get the word out,” said Ninez Ponce, associate director of the UCLA Center for Health Policy Research and one of the article’s co-authors. “Some public health groups and ethnic media are better at communicating the importance of getting a flu shot.”

For instance, Ponce said studies report more flu shots among Vietnamese in Santa Clara County, which has a strong public health infrastructure and community-based organizations that promote the importance of being immunized, and some Korean media regularly feature consumer stories on flu shot immunization.

According to previous studies, low household income and concern that getting a flu shot could result in a severe case of flu are factors in low immunization rates among African-Americans and other racial and ethnic groups.

“That means African-Americans are at high risk of being infected with the flu,” said Dr. Christopher Almario, assistant professor of medicine at Cedars-Sinai Medical Center and lead author of the study. “Knowing who isn’t participating can help us target those groups, encourage them to get flu shots, and keep them healthy during flu season.”