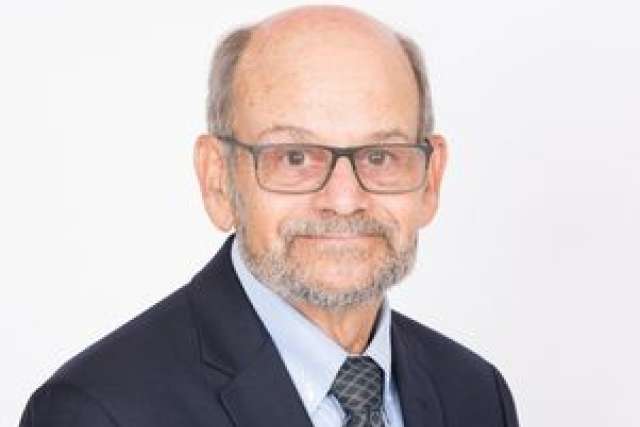 The Brain and Behavior Research Foundation recently honored four UCLA scientists for their transformative work in schizophrenia with 2016 prizes for outstanding achievement, among the most prestigious given in the field of psychiatric research.

Dr. Stephen Marder, a UCLA psychiatrist who received this year's Lieber Prize for Outstanding Achievement in Schizophrenia Research with co-recipient and fellow UCLA psychiatrist Dr. Michael Green, called the prize significant for its recognition of important advances in treatment research.

“We are reaching a time when there are wonderful opportunities for translating discoveries in basic neuroscience and genetics into better pharmacological and non-pharmacological interventions,” said Marder, director of the section on psychosis at the UCLA Semel Institute for Neuroscience and director of the VISN 22 Mental Illness Research, Education Clinical Center for the Department of Veterans Affairs. “I am hopeful that this award will draw more young investigators into the challenging work of discovering and evaluating new treatments.”

Through their research, Marder and Green have supported the principle that preventing psychotic symptoms with drugs is only the beginning of treatment. Their studies have encouraged the development of both pharmacological and psychosocial approaches that address impairments in the brain that affect social functioning.

“Michael and I have long assumed that drugs alone are unlikely to be sufficient to the key determinants of functioning,” said Marder. “Effective treatment approaches will likely require combinations of drug and non-drug interventions.”

Their insight regarding the importance of social processes has generated intervention research on improving social cognition using innovative training approaches that have been scientifically validated in people with psychosis, along with pharmacological treatments.

“Our research team has focused on understanding these cognitive and motivational determinants of functioning, both how these problems affect what people with schizophrenia do and what goes on in their brains,” said Green, who is also the director of the VA Research Enhancement Award Program on Enhancing Community Integration for Homeless Veterans. “We also have been devoted to finding ways to improve these cognitive and motivational impairments — treatments that are called recovery-based interventions.

“After all,” said Green, “if one wants to devote oneself to a problem, why not pick a really big one.”

William Horan, a research psychologist at UCLA and the VA Greater Los Angeles Healthcare System, was awarded this year’s Maltz Prize for Innovative and Promising Schizophrenia Research, along with Amanda McCleery, an assistant research psychologist at the UCLA and the VA healthcare system. Horan researches the emotional, social cognitive, and neurocognitive processes in schizophrenia and other forms of psychosis, and how disturbances in these areas contribute to functional difficulties in daily life.

More recently, Horan has begun applying this translational research approach to investigations of bipolar disorder and homelessness. The overarching goal of his work is to facilitate the development of new treatments that enable people with psychosis to live independently, pursue personally meaningful vocational and educational goals, and develop more satisfying social networks in the community.

McCleery has focused on identifying and understanding predictors of community functioning in schizophrenia and related conditions.

“To date, the bulk of my work has centered on cognition,” she said. “Impaired cognition is a core feature of schizophrenia, and cognitive impairment is a reliable predictor of functioning in individuals diagnosed with the illness.”

Her research in this area includes testing associations between early-stage information processing and higher-order cognitive processes with functioning, as well as examining the relationships between social and non-social aspects of cognition.

“It is an extraordinary privilege to receive the Maltz Prize, which will support my team’s continued efforts to find better ways to promote functional recovery in people with schizophrenia,” McCleery said.