Funding shortfall of more than $1.3 billion could push safety-net hospitals to brink 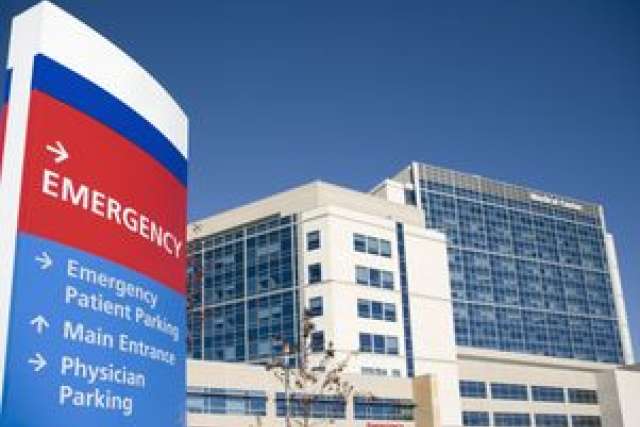 Those cuts, along with health-care cost inflation, could jeopardize the financial stability of the state’s safety-net hospital system, according to a study by the UCLA Center for Health Policy Research and Virginia Commonwealth University published in the June issue of the journal Health Affairs.

Several county hospitals — including LAC + USC Medical Center, Santa Clara Valley Medical Center, Alameda Health System, Harbor–UCLA Medical Center and Olive View–UCLA Medical Center — may be especially vulnerable because they receive the highest disproportionate-share hospital (DSH) payments in the state and are located in regions with large numbers of undocumented immigrants who are not eligible for Medi-Cal, California’s version of the Medicaid program.

"Hospitals that can least afford a cut are the most at risk," said Dylan Roby, director of the UCLA center’s Health Economics and Evaluation Research Program. "Policymakers should ensure that the impending shift in federal funding does not destabilize institutions that are the backbone of public health in California."

California’s safety-net hospitals rely heavily on federal DSH funding, which compensates them for treating the most vulnerable patients — those who are uninsured and those on Medicaid, primarily children, pregnant women, the disabled and the elderly. In 2010, DSH funds paid more than half of $2 billion in DSH costs ($1.1 billion) to the 21 safety-net hospitals included in the study, with county and state funds covering the rest.

But with impending DSH cuts, the study estimates payments would drop to roughly $830 million to $980 million and leave hospitals struggling to cover $1.38 billion to $1.54 billion in DSH costs in 2019. As many as 4 million Californians and 30 million Americans nationwide are still likely to be uninsured at that time. Without a strong safety-net hospital system, those patients will have few places to turn to for care.

The cuts are a consequence of the Affordable Care Act, whose authors anticipated that as more patients gained health coverage under the ACA, they would generate more revenue for public hospitals, decreasing the need for DSH payments.

Other states may fare worse

Hospitals in other states that opted out of expanding their Medicaid programs could be much harder hit than California for two reasons: They won’t get federal funding from Medicaid expansion, and their DSH payments will be cut.

"As challenging as these cuts will be for safety-net hospitals in California, they will be much worse in other states," said Katherine Neuhausen, lead author of the study and a clinical assistant professor at Virginia Commonwealth University who conducted the research as a Robert Wood Johnson Foundation Clinical Scholar at UCLA. "Safety-net hospitals in states that do not expand Medicaid and those in states that do not target DSH payments to the hospitals with the greatest need could be in jeopardy."

Public hospitals on a ‘shoestring’

Still, California is not immune to the coming budgetary realignment.

At LAC + USC Medical Center, half the people receiving outpatient services were found to be uninsured, and more than a third were on Medicaid. At hospitals statewide, the figures were much lower: 21.3 percent and 29.3 percent, respectively.

The authors conclude that California and other states can take steps to close the funding gap and keep hospitals stable. Hospital leaders, they say, could work with policymakers to make sure DSH payments are targeted to the safety-net hospitals that serve the most uninsured and Medicaid patients; states that expanded Medicaid under the ACA could pay higher reimbursement rates to safety-net hospitals for people who are newly eligible for Medicaid, which is already done in California; and safety-net hospital leaders in states that opted out of Medicaid expansion could seek out additional county and state subsidies.