Half of content in physicians' notes may be inaccurate, study finds 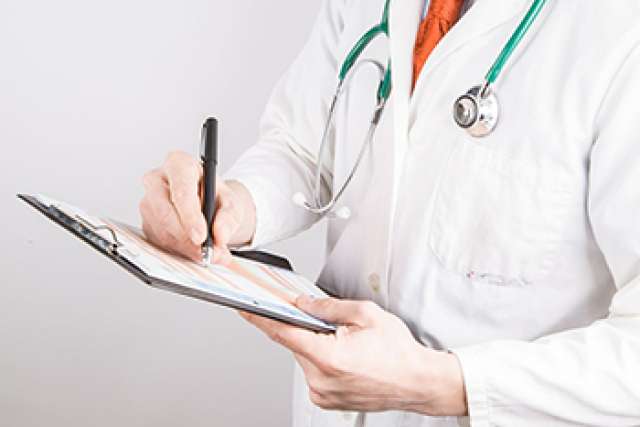 An examination of how closely emergency department doctors' medical documentation aligned with the actual care they provided to patients found that half the content in the notes that go into the patient's electronic medical records was inaccurate.

The researchers initiated the study after noticing that many physicians were writing extensive notes — suggesting they spent a long time at the bedside evaluating their patients, a rare occurrence for emergency department physicians. This led the researchers to suspect that notes were over-representing physician actions.

The American Medical Association and the American College of Physicians, among other physician groups, have advocated for the Centers for Medicare and Medicaid Services to change documentation and billing requirements to save physicians time and encourage more concise documentation. As a result, in rules published in both 2018 and 2019, Medicare has proposed alternative billing practices that pay physicians based on the time they spent at the bedside, only requiring documentation of a "medically appropriate" history and examination for some office-based visits starting in 2021.

These changes, however, apply only to outpatient office visits, which do not include the emergency room.

The researchers assigned trained observers to shadow doctors in emergency department patient rooms to record the questions that they asked patients and the specific physical examination maneuvers they performed. They focused on two parts of the doctors' notes: review of systems, when patients are asked about various organs; and physical examination, where doctors described the exams they performed.

This study has some limitations. The study's observers tracked nine emergency department physicians at two institutions. Also, the observers, who were not physicians, may have missed some details that other doctors might have noticed, and may not have witnessed some interactions between doctors and their patients.

The findings suggest a need to change how records are kept because electronic medical records are used to inform decisions about patient care and to generate bills, according to the study's authors. The changes to the Centers for Medicare and Medicaid Services' documentation and billing requirements could be extended to other care settings, such as emergency departments, which would allow physicians to devise more accurate ways to record data describing patients' visits.

The study is published in JAMA Network Open.

The study was funded by the National Clinician Scholars Program at UCLA and the Korein Foundation.

Schriger serves on the editorial board of the parent JAMA journal.