Harmful hookahs: Many young smokers aren't aware of the danger 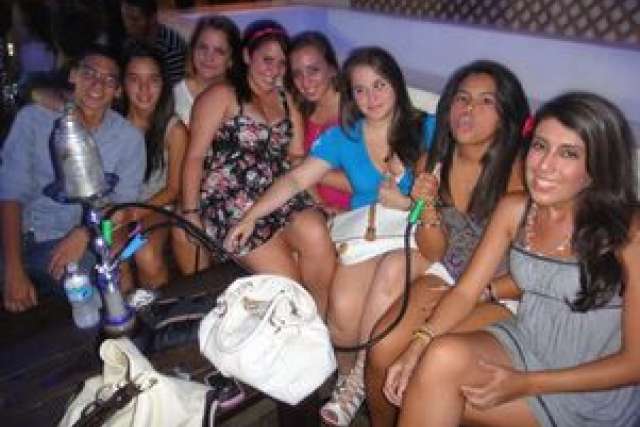 Despite warnings from the Centers for Disease Control and Prevention that hookah smoking can be just as dangerous as cigarettes, many young adults believe that using the water pipes is not harmful to their health, according to a UCLA School of Nursing study.

Researchers visited three Southern California hookah lounges and asked patrons between the ages of 18 and 30, "Do you believe smoking hookah is harmful to your health?" Fifty-seven percent said they thought that it was not. When asked why they thought hookahs were not harmful, 47 percent of the participants said they believed that the smoke gets filtered through water, and 35 percent said they thought that fruit used to flavor the tobacco detoxify tobacco's harmful chemicals. Still others, 16 percent, said they assumed hookahs are not harmful because the tobacco is not addictive and does not contain nicotine.

Unfortunately, none of those beliefs are true.

"With hookah smoking on the rise, particularly among young adults, our goal was to identify factors influencing perceptions, attitudes and preferences toward hookah smoking," said Mary Rezk-Hanna, a UCLA nursing doctoral student and lead researcher for the study, which was published in the July–August issue of the journal Nursing Research.

Other recent studies have shown that even as cigarette use continues to decline, hookah smoking is increasing, especially among college students. It is the only form of tobacco use that is not regulated in the United States, and its exemption from clean indoor air legislation, such as the California Clean Air Act, is contributing to its rapidly growing popularity. In California alone, there are more than 2,000 shops that sell hookah tobacco and related products, in addition to 175 hookah lounges and cafes, and a disproportionate number of them are in Los Angeles, near universities and colleges.

When asked why hookah smoking is more attractive than cigarette smoking, 60 percent of the participants in the UCLA study said it is a trendy way of socializing. And although 43 percent of hookah smokers said they believe the practice is indeed harmful, "socializing with friends appeared to outweigh health concerns," Rezk-Hanna said.

In the U.S., hookah smoking is heavily marketed to young adults of all ethnic backgrounds as an attractive social phenomenon and a non-addictive, healthier alternative to cigarette smoking.

"This study underscores the urgent importance of more research and campaigns to increase public knowledge on the dangers of hookah smoking, especially among young adults," Rezk-Hanna said. "Understanding the basis of these perceptions and beliefs is of particular relevance for helping healthcare professionals design effective prevention and intervention strategies that target young-adult hookah smokers."

The study's other authors were Aurelia Macabasco-Connell of the Azusa Pacific University School of Nursing and Mary Woo of the UCLA School of Nursing. The study was supported by the Deloras Jones RN Scholarship Program.