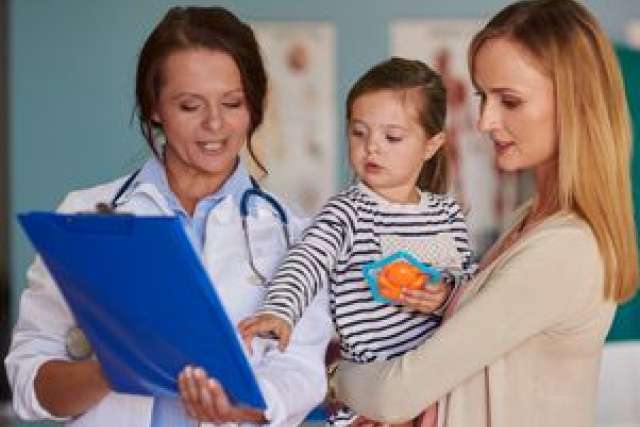 The most reliable predictor of whether a child would be readmitted within a month was whether the family had a routine place to receive sick and well care.

It’s a question of major importance to parents, health policy makers and health care professionals — and a focus of national health care quality improvement initiatives. What keeps children from being readmitted to hospitals in the weeks after they’re discharged?

Previous research on the subject has focused on the role that hospitals play in the equation. But a new study by doctors at UCLA looked at five factors revolving around the primary physician’s office.

Those factors, collectively known as the “primary care medical home,” consider whether the child has a personal doctor or nurse, a “usual place” to receive sick and well care, “family-centered care” (which addresses family’s overall needs rather than just the illness), an easy time obtaining referrals to specialists, and coordinated care (in which seamless care occurs across specialties, providers and systems).

It turned out that just one of those medical home factors was the most reliable predictor of whether a child would be readmitted to a hospital or emergency room within a month after being discharged: having a routine place to receive sick and well care.

The research was published online in the journal Pediatrics.

The medical home model of care represents the cornerstone of pediatric primary care, especially for patients with special health care needs. But data to support whether or how much it improves health outcomes — particularly in terms of reducing hospital use — is still emerging.

“Our findings support the notion that medical homes that can ensure a usual source for both well and sick care, and can bolster a parent’s level of confidence in caring for their child at home, might be able to better help patients avoid the need to be hospitalized again shortly after discharge,” said Dr. Thomas Klitzner, a co-author of the study and a professor of pediatric cardiology at Mattel Children’s Hospital UCLA.

“These indicators could help us flag high-risk patients so that we can provide a higher level of support,” said Klitzner, who also is executive director of the UCLA Pediatric Medical Home Program.

The study also revealed that parents’ level of confidence in their children’s continued good health was closely correlated with whether the child would be readmitted.

“When we asked parents upon discharge how confident they felt about their child not coming back to the hospital, we learned that having more confidence was associated with fewer unplanned readmissions or visits to the emergency department,” said Dr. Ryan Coller, the study’s lead author, a former UCLA faculty member who now is an assistant professor of pediatrics at the University of Wisconsin School of Medicine and Public Health. “If parents don’t believe they can succeed at home, then that is a red flag.”

Those who did have a medical home were more likely to have commercial health insurance, were more likely to consider a generalist rather than a specialist to be their primary physician and their health problems were less complex. And, at the time the children were discharged, parents of children with a medical home tended to be more confident that their children would avoid a return visit to the hospital or emergency room.

The next phase of the research will examine hospitals’ transition practices and the transfer of patient care from inpatient providers to medical home providers.

The study was conducted by the Children’s Discovery and Innovation Institute at UCLA. It was funded by grants from the Lucile Packard Foundation for Children’s Health and the Health Resources and Services Administration.

Other authors were Adrianna Saenz, Dr. Carlos Lerner, Dr. Bergen Nelson and Dr. Paul Chung, all of UCLA. The authors have no financial relationships relevant to the article to disclose.