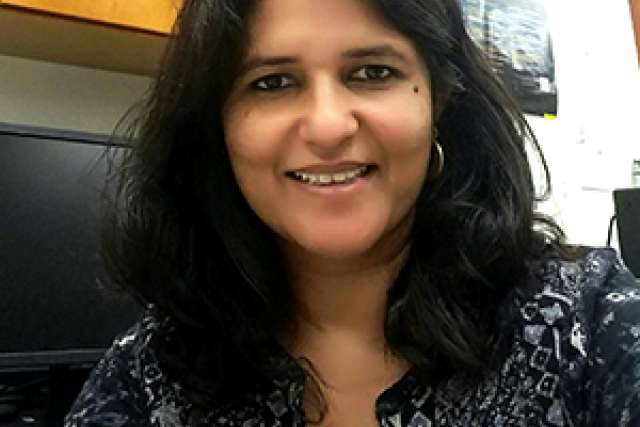 Dr. Anubhuti Goel, a postdoctoral researcher in neuroscience at UCLA, has been designated a 2017 “Wunderkind” by STAT News, a national, daily publication focused on health, medicine, and science stories, produced by Boston Globe Media. Goel was one of 26 early-career scientists selected from nearly 300 nominations.

“Anu is one of those rare neuroscientists who has benefited from superb training combined with boundless scientific imagination, outstanding people skills, and an impeccable work ethic,” said Dr. Carlos Portera-Cailliau, an associate professor of neurology at UCLA, in his letter nominating Goel.

Goel’s research in the Portera-Cailliau lab focuses on the defective circuits in the brain that could contribute to autism and other intellectual disabilities. She’s hoping to take her research and set up her own, independent lab in the coming year.

Goel grew up in India, where she had limited access to cutting-edge research labs and few female academic role models. After getting a master’s degree in biochemistry in India, she came to the United States at age 22 and earned her doctorate in neuroscience and cognitive science at University of Maryland. She joined UCLA in 2008.

“Mentors in science are crucial and I think the reason I have stayed in academia is because I have been fortunate to have wonderful mentors,” Goel said. “Carlos’ mentorship has been the perfect blend of scientific input, so you are not going astray, as well as intellectual freedom, so that you can learn to troubleshoot and debug and become independent.”