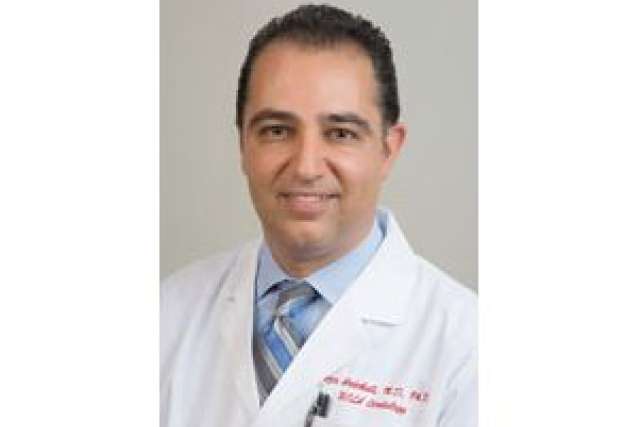 The study, conducted by assistant professor of cardiology Dr. Reza Ardehali and colleagues, resolves a recent controversy over whether the heart muscle has the power to regenerate itself. The findings are also important for future research that could lead to the regeneration of heart tissue to repair damage caused by disease or heart attack.

The findings were published May 29 in Proceedings of the National Academy of Sciences.

It was initially believed that heart muscle cells, or cardiomyocytes, were unable to replicate themselves and that their total number was firmly set at birth. However, research over the past two decades has indicated that these cardiac cells have limited proliferative activity, though there has been no clear agreement within the scientific community as to why and how much.

In part, the indirect methods used to measure this potential cell division have been difficult, and at times inaccurate, preventing a scientific consensus. Some groups of researchers used carbon dating to detect the age of cardiomyocytes in humans to determine whether they divided after initial fetal development, but the accuracy of this technique was debated. Others published theories that the heart muscle had a very high proliferative ability; recently, many of those papers were retracted because colleagues were unable to replicate the data.

Creating a model for direct measurement

To address the problems of measurement, Ardehali and his colleagues pioneered a novel genetic approach called mosaic analysis with double markers, or MADAM, to directly measure for the first time heart cell division in a mouse model. They found that limited, lifelong symmetric division of cardiomyocytes, while rare, is evident in mice, but it diminishes significantly after the first month of life. No stem cells are involved in this process, the researchers said, and division of cardiomyocytes is limited to less than 1 percent per year.

The daughter cardiomyocytes that are the products of this rare cell division also divide, the researchers said, though very seldomly, which had not been shown before. The scientists found that the rate of cell division did not increase as a reparative response when myocardial infarction was induced in the mice.

"This is one of the most convincing and direct ways of showing that the heart has a very limited regenerative power," Ardehali said. "This is a very exciting discovery because we hope to use this knowledge to eventually be able to regenerate heart tissue. The goal is to identify the molecular pathways involved in symmetric division of cardiomyocytes and use them to induce regeneration to replenish heart muscle tissue after disease or injury."

The research was supported by the California Institute of Regenerative Medicine (CIRM), the state's stem cell research agency, The American Heart Association, the Howard Hughes Medical Institute (HHMI), the Stanford Medical Scholars program, and the Paul and Daisy Soros Fellowship.