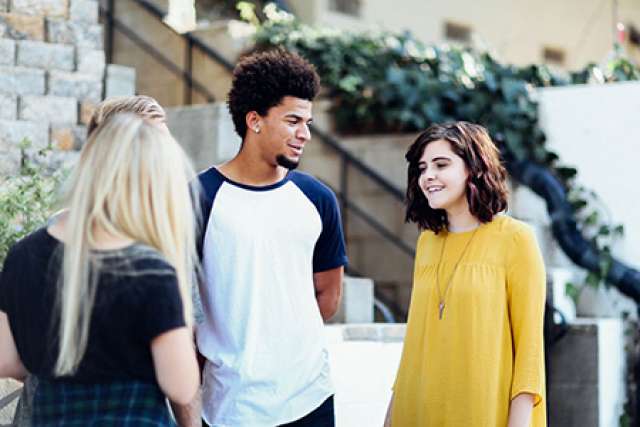 Adolescents attending schools with high suspension rates reported lower levels of feeling "connected" at school, according to a recent study by the UCLA Center for Health Policy Research. Previous research has shown that feeling "connected" at school and volunteering relate to a positive school climate. Researchers also found that connectedness and volunteerism varied by race and income.

The study used 2015 to 2017 California Health Interview Survey data from adolescents ages 12 to 17 and suspension rates from the California Department of Education.

"Teens attending schools with high suspension rates say they feel less connected to their schools and fewer of them participate in volunteer activities," said Susan Babey, senior research scientist at the health policy research center and lead author of the study. "Our research showed teens who feel more connected to school report fewer sick days and feel their schools are safe."

Some key findings from the study are:

Based on these findings and previous research, the authors propose strategies to increase school connectedness and participation in civic activities, particularly for low-income youth and youth of color.

"We recommend providing opportunities that allow students, families, school staff and communities to work together to improve the school climate," said Joelle Wolstein, center research scientist and co-author of the study.

"For example, we would encourage schools to move away from exclusionary discipline practices such as out-of-school suspensions in favor of restorative justice practices such as community service to restore a harm that was done or peer mediation to resolve conflict," she said.

"Schools can expand learning beyond the classroom by encouraging and connecting youth to opportunities to support and improve their communities," said Dr. Robert Ross, president and CEO of The California Endowment. "Not only does this strengthen their connection to their communities, each other and their teachers, but it also helps build healthy school environments."

This study was supported by The California Endowment.