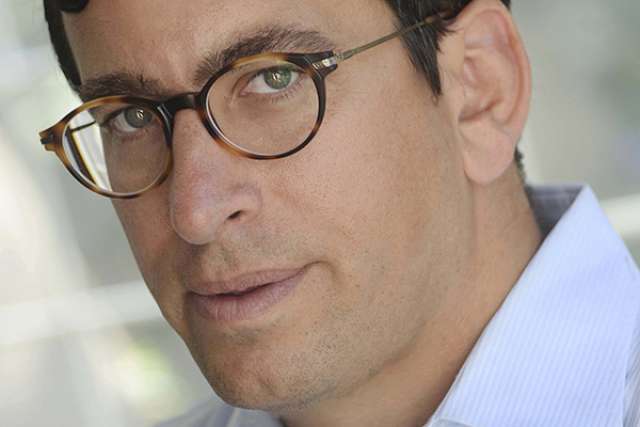 In what is thought to be the largest study to date using immunotherapy to treat lung cancer, UCLA researchers have found that the drug pembrolizumab (Keytruda), recently approved by the U.S. Food and Drug Administration to treat some melanoma patients, is safe and effective in arresting tumor growth in people with advanced non-small cell lung cancer.

Approximately 25 percent of patients’ tumors had high levels of the protein PD-L1, and the study found that they were the people most likely to have the best outcomes. The research was the first validation of PD-L1 expression as a marker of how patients will respond to the drug.

“These results have the potential to substantively change the way that lung cancer is treated,” said Dr. Edward Garon, a member of UCLA’s Jonsson Comprehensive Cancer Center and lead author of the study. “The effectiveness of pembrolizumab in treating patients with non-small cell lung cancer and the prolonged duration of their responses is quite exciting.”

The study was published online in the New England Journal of Medicine April 19, coinciding with a presentation of the findings by Garon at the American Association for Cancer Research annual meeting.

Pembrolizumab is an antibody that targets a protein expressed by immune cells called PD-1. In the body, PD-1 acts as an immune checkpoint inhibitor, turning down the immune system’s T cells that otherwise could attack cancer cells as invaders. Pembrolizumab takes the brakes off the immune system and allows T cells to identify and attack cancer cells.

The FDA granted “breakthrough therapy” designation to pembrolizumab for non-small cell lung cancer in October 2014 under its Accelerated Approval program. Last September, the drug was approved by the FDA to treat people with late-stage melanoma.

The nearly three-year clinical trial involved 495 participants, including nearly 100 at UCLA. The overall response rate — the percentage of people in whom tumors were substantially reduced in size — was 19 percent, and the average duration of response in those who responded exceeded one year, regardless of the level of PD-L1 expression.

In addition, less than 10 percent of patients experienced severe (grade 3 or greater) drug-related adverse events, a rate much lower than what is typically seen with traditional chemotherapies.

Approximately one-quarter of those screened in the trial had PD-L1 expression in at least half of their tumor cells. Among them, the overall response rate was nearly 50 percent. Although previous data suggested that clinical outcomes with this class of drugs could be associated with the level of PD-L1 expression, this study was the first to validate this finding in a scientifically rigorous way.

The median duration of survival in the high PD-L1 expression group of patients could not be reported because most of the patients are still alive.

“Although we continue working to refine our selection of patients for this type of therapy, the identification of a population of patients who are likely to have such a good outcome is potentially game-changing for this group,” said Garon, who also co-authored a study on tumor mutations and immunotherapy that was published this month in the journal Science. That research aimed to further refine patient selection factors.

Lung cancer is now the leading cause of death worldwide, and the American Lung Association estimates that more than 158,000 in the U.S. will die from the disease this year alone. Garon said he hopes that the findings will encourage the FDA to approve Keytruda for the treatment of non-small cell lung cancer in those people who are most likely to benefit.

“Neither the drug nor the PD-L1 biomarker test is approved for use at this time, but if I had a patient whose tumor had PD-L1 expression in at least half of their cancer cells and pembrolizumab was available, I would find the drug to be a compelling treatment option for the patient,” Garon said.

Stephen Burrin, now 71, was always health conscious and an avid runner. After he was first diagnosed with throat cancer, in 2002, he underwent surgery to remove the tumor and had extensive chemotherapy and radiation treatments. Fortunately, the treatment was a success, and Burrin was cured.

But eight years later, Burrin suffered a series of devastating diagnoses. Doctors initially discovered a new cancerous tumor that was so large it nearly filled the two upper lobes of his lungs. The following year, two additional tumors were found in the right lower lobe of his lung and in his thigh. Finally, in 2012, a CT scan revealed more than 20 additional tumors in both lower lobes of the lungs.

Instead of opting for more chemotherapy and surgery, Burrin decided to get a second opinion at UCLA, where he met with Dr. Jonathan Goldman, a member of the Jonsson Cancer Center and co-author of the New England Journal research. Goldman told Burrin about the recent success of pembrolizumab to treat melanoma, and explained that Garon’s clinical trial was open to lung cancer patients.

Burrin enrolled in the trial and, after he took pembrolizumab for several months, his tumor volume was substantially reduced.

“It’s a miracle I’m alive,” Burrin said. “This immunotherapy has been unbelievably successful for me, and the side effects have been very minor.”

The drug has continued to prevent Burrin’s cancer from worsening. He has been able to renew his passion for running, and in October he completed the Manhattan Beach 10K Run. He also has been able to realize two other meaningful milestones: holding his newborn grandson and celebrating his 40th wedding anniversary in Hawaii.