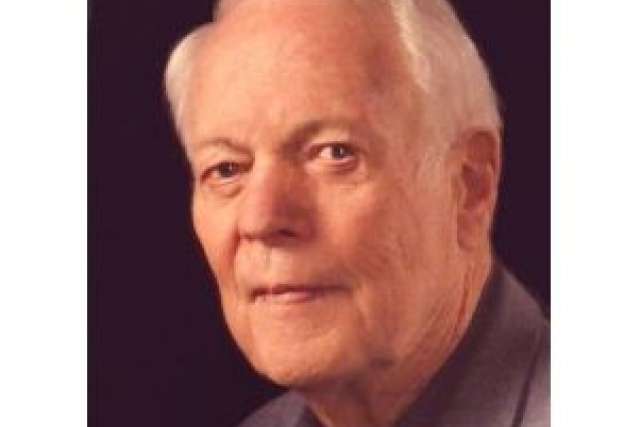 Fahey completed his undergraduate work at Ohio State University in 1944, received his M.D. from Harvard Medical School in 1951 and was trained in internal medicine at Columbia Presbyterian Medical Center in New York. While working at the National Institutes of Health in the late 1950s and 1960s, Fahey discovered the human antibody Immunoglobulin D (IgD) and delineated and characterized the important classes and subclasses of human and murine immunoglobulins.

“John set the standard for making contributions that are far-reaching and impactful, through his research and leadership at UCLA, and his leadership at the national and international levels,” said Jeff F. Miller, professor and chair of the UCLA Department of Microbiology, Immunology and Molecular Genetics. “He was a scholar, a gentleman, a dedicated mentor and wonderful colleague who will not be forgotten."

Fahey’s laboratory at UCLA was responsible for much of the initial work that characterized immune system changes seen in HIV-infected persons. His bibliography of more than 400 papers includes nearly 100 on HIV/AIDS topics alone, the first appearing in 1983, shortly after the first identification of the clinical syndrome at UCLA, and included publications in the Lancet and New England Journal of Medicine.

In addition to his many significant scientific and organizational contributions to HIV/AIDS research at UCLA, nationally and internationally, Fahey played formative roles in the establishment of the Multicenter AIDS Cohort Study, the UCLA AIDS Institute, UCLA’s Jonsson Comprehensive Cancer Center and the Cousins Center for Psychoneuroimmunology. He mentored more than 70 national and international postdoctoral scientists with M.D or Ph.D. qualifications for careers in biomedical research.

Fahey helped found and was the first president of the international Clinical Immunology Society in 1986. Among countless important roles, Fahey was a designated Advisor for Immunology to the World Health Organization (WHO) from 1964 to 1994; a consultant to WHO and faculty participant in WHO Centers for Immunology Research and Education in Eastern Europe, Africa and Southeast Asia from 1964 to 1974; a member of the Advisory Council of the National Institute of Allergy and Infectious Diseases (NIAID) from 1979 to 1985; a member of the United States-Japan Cooperative Program on AIDS from 1991 to 1995; and head of the Clinical Immunology Section of the International Union of Immunological Societies from 1992 through 1998. Throughout his career and into the first decade of the 21st century, Fahey engaged in international education and training in immunology, including building research capacity for HIV/AIDS in developing countries, especially in India.

His career also included major and fundamental contributions to research in immunology, aging, cancer, and medicine. More information is available at http://www.johnfaheymd.com/.

Fahey is survived by three children: Marguerite, James and Catharine Fahey. His wife, Jane Bishop Fahey, passed away in 2005.

A memorial service will be held at Corpus Christi Church, 880 Toyopa Dr., Pacific Palisades, California, on Saturday, Oct. 25 at 3 p.m.