In studying suicide, he shines a light on a secret shame 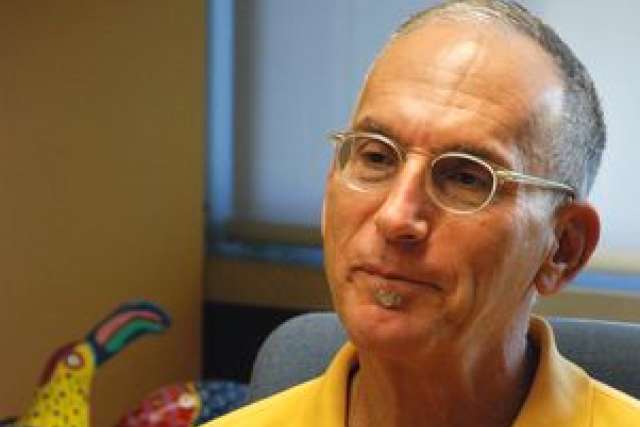 Historically, public health has been either associated with Hollywood-style images of government workers investigating disease outbreaks or mistakenly equated to local health departments responsible for restaurant inspections and bureaucracy.

But more recently, the ever-changing public health field now faces a growing list of problems, including, chronic diseases such as cancer, heart disease and diabetes. Mark Kaplan, professor of social welfare at the UCLA Luskin School of Public Affairs, is working to ensure that suicide, the tenth-leading cause of death in the United States, is on this list.

While the causes of suicide are complex, during his 20-plus years studying it, Kaplan has become a leading suicidologist working to understand the range of determinants that lead to suicide.

At the heart of Kaplan’s study is one motivating factor: “to do work that can save lives.” In many of his conversations, Kaplan mentions two statistics that tumble off his tongue with the speed and familiarity of someone who has spent years laboring under them. Nearly, 40,000 people die by suicide every year in the United States and more than half of all suicides involve firearms.

“In general, we underappreciate the impact that suicide has on our country and even globally,” Kaplan said. “Not only is the victim of concern, but scores of others are affected, such as family members. A colleague of mine at my former university took her life at the peak of her career and left behind a very young child. We have all been touched by suicide.”

As each September — National Suicide Prevention Month — comes to a close, Kaplan reflects on some of the most salient facts about suicide that he has learned — points that continue to spur him onward in further study.

First, male and female veterans face high risk of suicide. Second, two-thirds of gun deaths in the United States are suicides. Third, more than 80 percent of suicides among older men involve firearms. And lastly, about a third of all suicide victims consumed alcohol immediately before their death and many of them were acutely intoxicated, particularly those who died of self-inflicted gunshot wounds.

Kaplan’s research has focused on using population-wide data to understand suicide risk factors among veterans, seniors and other vulnerable populations. And his work has significantly influenced clinical practices and public policy. Many references to his suicide research have appeared in reports by the prestigious Institute of Medicine. He has contributed to state and federal suicide prevention initiatives.

He’s also testified before the Senate Special Committee on Aging at its hearings on veterans’ health and was appointed by the secretary of veteran affairs to the VA Blue Ribbon Work Group on Suicide Prevention in the Veteran Population.

“The elevated rates of suicide among female veterans should be a call-to-action, especially for clinicians and caregivers to be more attentive to the warning signs of suicide among women with military service,” Kaplan said.

In recognition of his work on veteran suicide (Kaplan and his colleagues published a landmark study in 2007 on the risk of suicide among male veterans prior to his study that focused on female veterans), Kaplan received a Distinguished Investigator Award from the American Foundation for Suicide Prevention.

Kaplan’s foray into what is generally thought of as a somber topic was through one of his professors while he was a public health graduate student at UC Berkeley. Richard Seiden had just published his groundbreaking study in 1978 of people who had attempted suicide by jumping off the Golden Gate Bridge. Years later, Kaplan collaborated with a colleague at the University of Illinois on a study that was the first to point out that, as of the mid-1980s, firearms were the most common suicide method among elderly women. They also demonstrated that despite this risk, few primary care providers would ask their at-risk elderly patients about access to firearms.

“This discovery was troubling to me as a researcher and a family member with elderly relatives,” Kaplan recalled. “And sadly, suicide as a public health priority is often neglected in contemporary societies. Silence and shame still surrounds suicide victims and their survivors.”

As Kaplan and his colleagues in suicidology know, much more research is needed to understand how personal, environmental and social factors determine suicide risk across people of different ages and how preventive interventions should be designed to best address the national suicide crisis. Currently, he is lead investigator on two National Institute on Alcohol Abuse and Alcoholism funded projects: “Acute alcohol use and suicide” and “Economic contraction and alcohol-associated suicides: A multi-level analysis.” So far, this research shows a high prevalence of alcohol involvement among persons who died by suicide during the recent economic downturn.

“I continue to see some positive developments in the field, such as a push to advance awareness of suicide prevention,” Kaplan said. “But there is still a need for a spotlight on this issue. The investment in suicide research and prevention is vastly underfunded. There is far more funding for research of other epidemics than there is for suicide.”

Kaplan is committed to training and mentoring the next generation of suicide researchers. He’s included many graduate students and young scholars in producing these important studies. “It’s imperative we offer students opportunities to conduct prevention research on one of the most pressing public health issues facing us today.”