Income inequality affects who gets an underutilized test for breast cancer 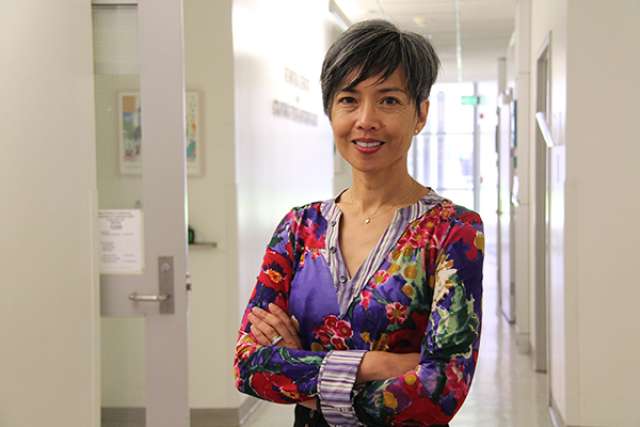 Wealthier women who live in communities with the greatest income divide between rich and poor had better access to a new genetic test that can determine the most effective form of treatment for early-stage breast cancer, according to a new study (link is password-protected) by the UCLA Center for Health Policy Research, Harvard Medical School’s Brigham and Women’s Hospital and Aetna. The study, published in the April issue of the journal Health Affairs, also indicated that only a small minority of women with breast cancer received the test at all.

“Our study shows that even among women who have insurance, where they live and how income is distributed in their community were closely linked to their chance of getting access to an effective innovation in the early years of its diffusion,” said Ninez Ponce, associate director of the UCLA Center for Health Policy Research and lead author of the study.

The Gene Expression Profiling test is an early example of a “precision medicine” genomic test that estimates a patient’s risk of having a recurrence of a disease. According to current medical evidence, a woman with early-stage, estrogen-receptor–positive, lymph-node–negative breast cancer with a low-risk GEP test score may not benefit from adding chemotherapy to her treatment plan, while a woman with a high-risk score would benefit and should consider including chemotherapy in her treatment. More than 100,000 women are diagnosed with this type of breast cancer every year.

“Income inequality is at an all-time high right now,” said Dr. Jennifer Haas, a co-author of the study and associate professor at Harvard Medical School’s Brigham and Women’s Hospital. “That it should have a bearing on who gets an innovative test and who doesn’t could lead to more social disparities in cancer care.”

The authors point to the need for more research to address the socioeconomic and other barriers that may prevent women from accessing GEP and other medical innovations.

The TRANSPERS Center for Translational and Policy Research on Personalized Medicine, the National Institutes of Health, Harvard Catalyst, the Harvard Clinical and Translational Science Center, and the National Research Service Award Primary Care Research Fellowship and Aetna supported this study.