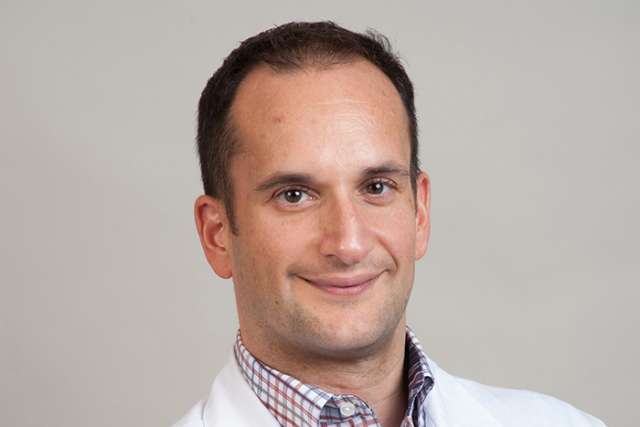 The findings, published online August 11 in the New England Journal of Medicine, suggest that the injectable form of the therapy fills a much-needed gap in protecting at-risk groups from becoming infected with HIV, the virus that causes AIDS if left untreated. Key to its advantage is better adherence with one shot of the therapy taken roughly every two months as opposed to taking it in pill form, when one must remember to take it every day, or plan to take it around the time of sexual activity.

"Oral PrEP options are extremely effective for prevention of HIV acquisition, but we have learned that for many reasons, the daily or planned use of oral PrEP that is currently available simply is not practical or desirable for some people who are most at-risk for HIV," said Dr. Raphael Landovitz, professor of medicine, division of infectious diseases at the David Geffen School of Medicine at UCLA, and the study's principal investigator. "As we learned with birth control, we need more options for HIV prevention in hopes of finding one option that will fit with someone's lifestyle. We also have to figure out how to make PrEP options and their surrounding services available to all, regardless of ability to pay or insurance status, and without stigma and other barriers."

The data comes from a large-scale, randomized trial comparing the effects of long-lasting injectable cabotegravir (CAB-LA) at a dose of 600 mg administered every 8 weeks with daily oral tenofovir disoproxil fumarate-emtricitabine (TDF-FTC) among at-risk cisgender men who have sex with men and transgender women. The trial included nearly 4600 participants ages 18 and older who were randomly and evenly divided: half assigned to cabotegravir injections and half to taking tenofovir disoproxil fumarate-emtricitabine (TDF-FTC) in oral form. Participants all received placebo versions of the other drug, depending on which group they had been assigned – the cabotegravir group received placebo pills and the oral PrEP participants were also given placebo injections. The study was conducted at 43 sites in seven countries.

The researchers found that 52 participants subsequently became infected with HIV among the equally divided groups. Of those, just 13 were in the group taking cabotegravir injections while 39 were in the group assigned to oral TDF-FTC. The researchers noted mild or moderate injection site reactions -- mostly pain -- in 81.4% of the cabotegravir group and in 31.3% of the TDF-FTC group that received a placebo injection. Those reactions, however, decreased over time and no other safety concerns arose with the injectable form of the therapy.

Though oral tenofovir has been shown to be 99% protective against HIV when used as prescribed, the researchers noted inadequate adherence to daily use was likely what drove the threefold infection incidence among this group compared with the cabotegravir group.

"We believe that it is the better 'coverage' of sex acts that an injectable product provides -- one doesn't have to remember to take a pill -- that led to a lower overall HIV acquisition rate in the cabotegravir group," Landovitz said.

While noting the effectiveness of cabotegravir's protection against HIV, the researchers noted that "the logistics involved in implementation of the use of CAB-LA for PrEP will require new consideration." For instance, administration of an injection every 8 weeks will require clinics to make plans ensuring that injectable PrEP users are reminded, and subsequently able, to get their injections on time.