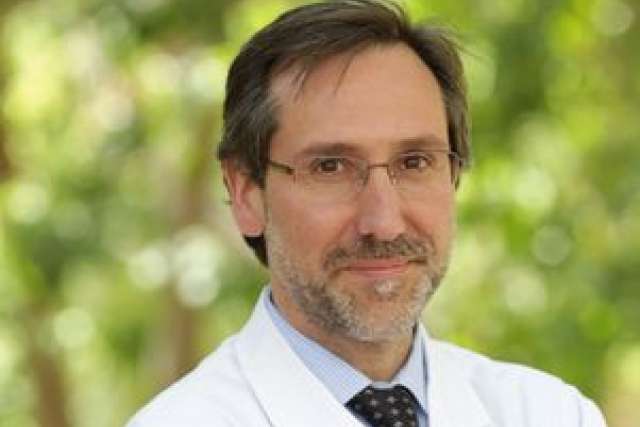 An international team of researchers led by doctors at UCLA has found that pembrolizumab (Keytruda) was more effective in treating advanced melanoma than the current standard of care treatment, ipilimumab (Yervoy). The study, published online today by the New England Journal of Medicine, found that pembrolizumab improved tumor response and duration of response, and extended the lives of people with melanoma — and with less severe side effects — than ipilimumab.

Developed under the leadership of Dr. Antoni Ribas, a member of the UCLA Jonsson Comprehensive Cancer Center and UCLA professor of hematology and oncology, Keytruda has signaled a paradigm shift in the way melanoma is treated. The drug is an antibody that blocks a protein called PD-1 that is expressed by immune cells. PD-1 puts the immune system’s brakes on, keeping T cells from recognizing and attacking cancer cells.

Ribas is scheduled to speak about the findings at 5:30 a.m. PT today at the annual meeting of the American Association for Cancer Research.

“This is the first clinical trial to compare head-to-head two immune checkpoint inhibitors, which unleash and immune response against the cancer,” Ribas said. “We are delighted that we found that pembrolizumab produces better responses and survival rates than ipilimumab as a first-line therapy.”

In the phase 3 trial, investigators in 16 countries treated 834 people who had metastatic melanoma with either pembrolizumab or ipilimumab, which were assigned randomly. The researchers assessed treatment responses by two criteria: the length of time before a patient’s cancer worsened (also known as progression-free survival) and overall survival rate. Ribas also assessed patients’ overall response rate to treatment and safety.

With these findings, Ribas said he hopes the FDA will designate pembrolizumab as a first-line therapy for metastatic melanoma.

“This is a new milestone in advancing immune therapies for cancer,” Ribas said. “Our thinking about how to use the immune system to treat cancer began to change dramatically two decades ago, when the focus shifted from turning on the immune system to releasing the breaks that limit immune responses to cancer. This led to the development of both ipilimumab and pembrolizumab, and now we have clear evidence that this approach helps improve the lives of people with advanced melanom