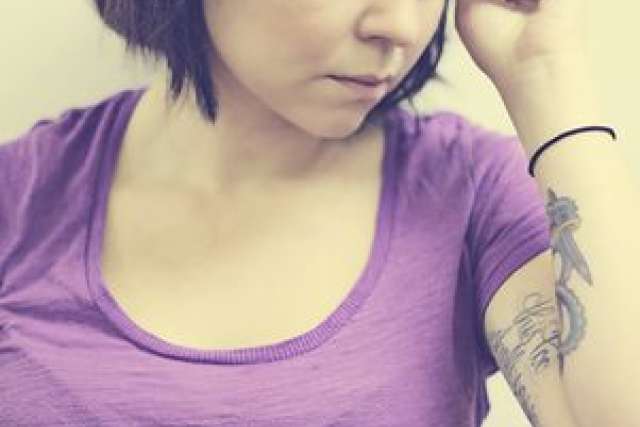 Certain language patterns track the body’s molecular response to stress more closely than a person’s own description of the stress, anxiety or depression that they are experiencing.

Poverty, loneliness or post-traumatic stress disorder can have serious consequences on health, increasing the risk of cancer, Alzheimer’s disease and heart disease, among other health problems. Previous research has shown that our genes respond to psychological adversity by increasing inflammation and reducing virus-fighting activity. These factors may contribute to social disparities in health.

Steve Cole, a professor of medicine and psychiatry and biobehavioral sciences at the David Geffen School of Medicine at UCLA and director of the UCLA Social Genomics Core Laboratory, has hypothesized that the genes’ activity represents the body’s evolutionary response to threat. He wanted to find out whether stress biology is triggered by an automatic assessment of threat in the brain, on a level at which a person isn’t necessarily aware.

Researchers asked 143 adult volunteers, from 2010 to 2013, to wear audio recorders for 48 hours; the recorders switched on every few minutes, capturing 22,627 audio clips. The scientists transcribed and analyzed the recordings.

Researchers paid special attention to the use of language and of “function words,” such as pronouns, articles and adverbs. Speakers use function words relatively automatically, so these words may provide clues about the speaker’s state of mind. Previous research has shown that the use of function words changes when people face a personal crisis or following terrorist attacks.

Cole and his colleagues compared the language used by each volunteer with the expression, in their white blood cells, of 50 genes known to be influenced by adversity. Gene expression is the process by which genetic instructions are used to synthesize gene products, such as proteins, which go on to perform essential functions.

People with higher-stress gene expressions tended to talk less overall. But they used more adverbs such as “really” and “incredibly,” which can function as “intensifiers.” They also used fewer third-person pronouns such as “they” or “their,” suggesting less focus on others and more focus on themselves.

The results indicate that language analysis could potentially help identify people at risk of developing stress-related disease. Cole, the senior author of the study, says speech patterns were better predictors of disease-related molecular profiles in the body than were people’s subjective reports of stress, anxiety or depression.

The findings suggest that doctors, when assessing stress, might need to give more weight to how their patients speak, listening not only to what patients say but how they say it. Cole added that stress-related language could potentially be monitored automatically by cell phone apps and digital assistants such as Alexa and Siri, providing an ongoing personal “stress temperature.”

The study was published November 6 in the Proceedings of the National Academy of Sciences.

This research was supported by grants from the National Institutes of Health.