Lin Zhan named dean of the UCLA School of Nursing

In addition to her work on health equity, Zhan's scholarly interests include increasing diversity in higher education 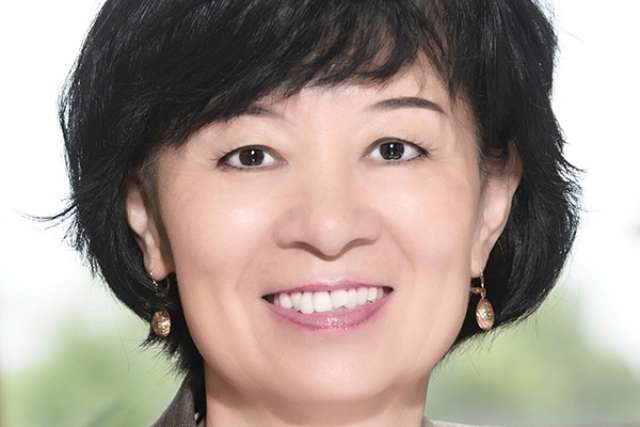 Lin Zhan, currently dean of the University of Memphis Loewenberg College of Nursing and an expert on health equity for the vulnerable, will be the new dean of the UCLA School of Nursing, effective Aug. 1.

Zhan is the chief academic officer for the college's programs on two campuses in Memphis and Jackson, Tennessee. Prior to her appointment at the University of Memphis in 2010, Zhan served as professor and dean of the School of Nursing at Massachusetts College of Pharmacy and Health Sciences, leading the school's programs on three campuses in Boston and Worcester, Massachusetts, and Manchester, New Hampshire.

"I am deeply humbled and honored to serve as UCLA’s next dean of the school of nursing," Zhan said. "UCLA Nursing has the distinguished history of preparing professional nurses, nurse leaders and nurse scientists who transform health care in an ever-changing and complex health care environment.

"I look forward to working collaboratively with faculty, staff, students, colleagues across campus and beyond, and community partners from local to global to achieve our goal — health equity for all — through academic excellence, enhanced research, engaged partnerships and innovation," Zhan said.

From 2003 to 2008, she was professor and director of the doctoral program in nursing and health promotion at the University of Massachusetts Lowell School of Health and Environment, and before that spent 10 years on the faculty at the University of Massachusetts Boston's College of Nursing and Health Sciences, and four years as clinical faculty at the head trauma center of West China Medical University.

"Chancellor Block and I are confident that UCLA Nursing will continue to thrive under Lin's capable leadership and that she will be an extraordinary addition to our campus leadership team," said Emily Carter, UCLA's executive vice chancellor and provost. "Please join us in congratulating Lin and welcoming her to campus and into this new role."

In addition to her work on health equity, Zhan's scholarly interests are focused on developing better measures for health-related behaviors and higher education diversity and workforce development. She has published more than 100 articles and edited six books and is frequently invited to give keynote speeches and professional presentations.

Zhan serves on the editorial boards of a number of journals including Nursing Report, Journal of Gerontological Nursing, and Journal of Aging and Geriatric Medicine. In 2001, she was inducted as a fellow of the American Academy of Nursing. Zhan is an honorary professor at 10 universities in China, and has been board treasurer of American Association of Colleges of Nursing.

In 2020, Zhan was named as one of the "Visionaries in Geriatric Nursing: A Legacy for the Future" in the Journal of Geriatric Nursing, and in 2012 as one of the top 100 nursing professors in the United States by BSNtoMSN.org. Zhan is the recipient of numerous honors and awards including the National League for Nursing Outstanding Leadership Award in Nursing and Education in 2010.

Zhan, who received her bachelor's degree from West China Medical University, her masters of science in nursing from Boston University, and doctorate from Boston College, succeeds Linda Sarna, who is set to retire June 30, as dean of UCLA Nursing.

Holli DeVon, associate dean of the UCLA School of Nursing, will serve as interim dean during July.