Lipomas are benign masses caused by overgrowth of fat cells 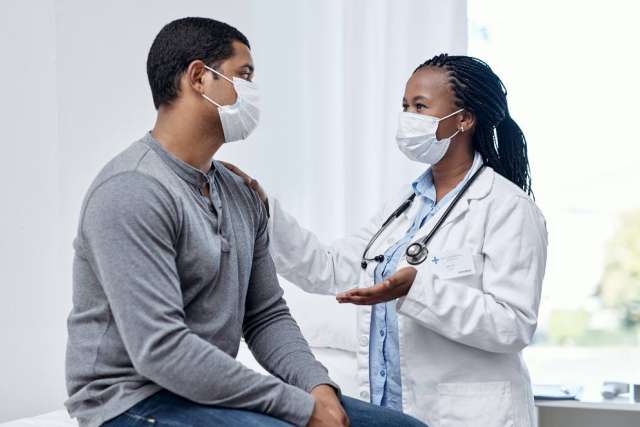 Dear Doctors: I’m concerned about a large lipoma that is growing on the right side of my head. I know that lipomas are not supposed to be cancerous, but can it become so in the future? I’m considering having it removed. How is that done?

Dear Reader: A lipoma is a harmless rounded mass that forms due to an overgrowth of fat cells. Often shaped like a dome, lipomas usually don’t cause pain or any other symptoms. Lipomas are typically found just below the surface of the skin, often on the trunk, neck, limbs or forehead. Less often, they may form within a muscle or inside an organ. When you touch a lipoma, the tissue feels rubbery and a bit springy. Because the mass isn’t directly attached to the underlying muscle, it moves easily beneath the skin in response to pressure.

Discovering a lipoma can be alarming, particularly since they are technically tumors. However, they are benign, which means lipomas are not cancerous. It is estimated that 1% to 2% of people will develop a lipoma in their lifetime. The reason for this is not yet known. In some individuals, genetics appears to play a role. An inherited condition, known as familial multiple lipomatosis, can cause someone to develop numerous fatty growths on their body, some of them quite large. This condition arises due to a faulty gene that has been passed down, and it is not common.

Lipomas occur slightly more often in men than in women, and although they can appear at any age, they become more common in adults between the ages of 40 and 70. In addition to fat cells, some lipomas may contain blood vessels or other tissues.

While it’s possible for a lipoma to become malignant, this is quite rare. When it occurs, the growth is known as a cancerous liposarcoma. For that reason, it’s important to let your health care provider know about any changes to an existing lipoma, including its size, shape, texture or appearance, and if it begins to cause discomfort or pain. If a malignancy is suspected, a biopsy will be performed. This will reveal if cancer is present.

Although a lipoma doesn’t present any medical risk, sometimes the decision is made to remove it. This may be for cosmetic reasons, to relieve pressure on a nerve, or when its size or location leads to discomfort. Complete removal of a lipoma involves a small operation, which can be performed under local anesthetic. The surgeon makes an incision and then frees the lipoma from the surrounding tissue. The mass is then removed, and the incision closed with sutures. Post-operative pain and bruising may occur, and the patient may be left with a visible scar. It is rare for a lipoma that has been surgically removed to recur.

When a lipoma is large, liposuction may be used to reduce it. This involves the use of a needle and a large syringe to remove the fatty deposit. Each of these are outpatient procedures and do not require a hospital stay.

The primary care physicians at UCLA Health offer everything from routine screenings and disease prevention to coordinated treatments for a wide range of health conditions. Talk to your provider about your concerns. Learn more and schedule an appointment.