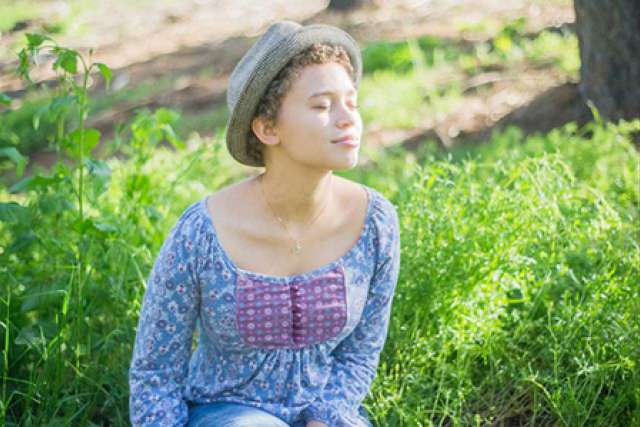 The finding that teens benefit more from being near green space is significant because their brains are still developing.
March 28, 2019
Estimated read time: 2 minutes

Teenagers who live within a few blocks of green space are more likely to have better mental health than teens who don't, according to a study by the UCLA Center for Health Policy Research.

Researchers used California Health Interview Survey data from 2011 to 2014, combined with information from a satellite-generated map showing the density of vegetation. They found that when the level of "greenness" within 350 meters of a home — a radius of approximately two city blocks — is in the top 25 percentile, a teen living in that home is 36 percent less likely to have serious psychological distress than a teen living in an area with greenness in the bottom 25 percentile.

The study, published in the journal Health & Place, also found that adults 65 and older who have greater exposure to greenness also have lower rates of serious psychological distress, although younger adults do not have the same mental health benefit as seniors.

According to previous research, that may be because older teens and seniors are more likely to stay within their neighborhoods and have a stronger response to their local environment. Meng said that because teens' brains are still developing, the finding that teens benefit more from being near green space is significant.

"The study suggests that older adults and teens seem to respond well mentally to nearby 'doses' of plants and trees," said Ying-Ying Meng, co-director of the center's Chronic Disease Program and a co-author of the study.

Pan Wang, the study's lead author and a former statistician at the center, said city and neighborhood planners should be aware that greater numbers of trees and more park space can support the health of teens and seniors in their communities. She added that residents can also contribute by planting trees on their own property.

"Making a neighborhood greener and healthier is a mission that involves everybody," she said.

Other authors of the study are Ninez Ponce, director of the UCLA Center for Health Policy Research, and Vanessa Lam, a former research associate at the center.