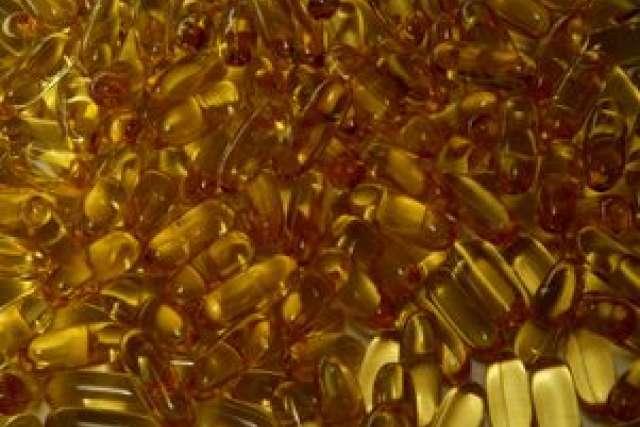 A new study by researchers at the David Geffen School of Medicine at UCLA suggests that for such patients, improvement might come in the form of a few capsules of fish oil.

The small, randomized, controlled study, published Sept. 8 in the Journal of Neurology Neurosurgery & Psychiatry (JNNP), shows that low doses of omega-3 fatty acids — the key component in common fish-oil capsules — may help decrease the frequency of epileptic seizures for people who haven’t been helped by drug treatments.

In the study, just three capsules of fish oil a day — around 1080 mg of omega-3 fatty acids — were found to significantly reduce the incidence of seizures in patients with so-called drug-resistant epilepsy.

The finding comes in stark contrast to previous studies using high doses of omega-3s that showed no clear beneficial effects. Those earlier, negative results were surprising because omega-3 fatty acids have been shown to cross into the central nervous system and to block calcium and sodium channels in nerve cells, thus preventing the repetitive firing of the cells that causes seizures.

“The blockade of these channels — especially sodium channels — is the basis for many antiepileptic drugs, like lamotrigine, lacosamide, and carbamazepine,” said Christopher DeGiorgio, a professor of neurology at UCLA and the principal investigator of the new study.

Another key reason for investigating the efficacy of fish oil, DeGiorgio noted, was the hope to eventually develop an intervention to reduce the risk of sudden death from heart disease in epileptics, who have a higher risk of heart disease in general. In addition to their effects on neurons, omega-3 fatty acids cross from the bloodstream into heart cells, where they help stabilize the heart rhythm and protect against heart attack, or myocardial infarction.

“The American Heart Association has issued a guideline indicating that around 1080 mg of omega-3 fatty acids per day, equivalent to 3 fish oil capsules, is effective in reducing the risk of cardiovascular disease, and fish oil is commonly administered to patients who have prior myocardial infarctions, irregular heartbeats, and very high triglyceride levels,” DeGiorgio said. “So I thought that since 1000 mg of omega-3 fatty acids is effective for heart disease, we should evaluate it and a higher dose to see which, if any, was effective for epilepsy seizure.”

The study included 24 patients with epilepsy that could not be controlled by drug treatment. During the course of the study, each patient received three 10-week treatments, spaced 6 weeks apart: a low-dose fish oil regimen that consisted of three capsules of fish oil per day (equivalent to 1080 mg of fish oil) plus three capsules of a corn oil placebo; a high-dose fish oil regimen of six capsules (2160 mg) per day; and a placebo regimen, consisting of six capsules of corn oil per day.

In patients taking low-dose fish oil, the average number of seizures decreased by 33.6 percent compared to the placebo group, from an average of just more than 18 seizures per month to around 12 per month. Two patients on low-dose fish oil were completely seizure-free during their 10-week treatments.

The high dose of fish oil, however, produced no significant decrease in seizure frequency. In addition, no patients taking the high dose — or the placebo — were seizure-free.

The study results suggest that low-dose fish oil may be a safe, low-cost way to simultaneously reduce seizures and improve cardiovascular health in people with epilepsy, said DeGiorgio — although he cautions that the results are preliminary, and a larger, multicenter trial is needed to confirm the findings.

The relative efficacy of low-dose fish oil compared to high-dose fish oil has also been reported in clinical trials of patients with major depressive disorder. In these studies, subjects experienced significant improvements in mood following supplementation with low doses of omega-3 fatty acids, but no improvement with higher doses.

“We don’t completely understand why low dose works and higher doses do not, but there is evidence from animal studies that high doses are counterproductive. The response to fish oil at low dose for both seizures and depression has substantial implications for use, given the common propensity for individuals to self-dose with an ‘a little helps, a lot should help much more’ thought process,” DeGiorgio said.

The research was supported by National Institutes of Health and the National Center for Complementary and Alternative Medicine (grants NIH-NCCAM R21 AT003420-02 and M01-RR00865), and also supported by James and Beverly Peters, The Kwock Family, Marc and Teri Jacoby, the Salter Family Trust, Pepper and Joseph Edmiston, Mrs. Elsie Bierner-Johnson, Richard and Linda Lester, Robert and Linda Brill, and their families.