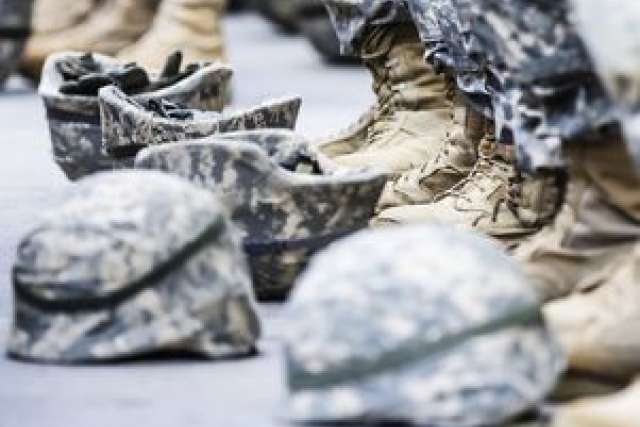 Seventy-six percent of California veterans in need of mental health care from 2011 to 2013 either didn’t receive treatment or received inadequate care, according to a new study by the UCLA Center for Health Policy Research. But the share of veterans who needed mental health care was no greater than that of the general population, despite common perceptions that veterans are more likely than others to need care.

Using data from the California Health Interview Survey for 2011 to 2013, researchers found that 90,000 California veterans who had served in the military for at least a year, or 3.5 percent of the state’s veterans, needed mental health care. For nonveterans in California, the figure is 3.9 percent.

Linda Diem Tran, lead author of the policy brief, said the CHIS survey covers a broader swath of the veteran population than studies that draw their data from the U.S. Department of Veterans Affairs. Only about 40 percent of veterans are enrolled in VA programs, and VA data on mental health tends to include more severe cases.

“Much of the data that exists is not representative of the total population of veterans,” Tran said. “Our study is one of the few to make estimates based on all the veterans in California, and it finds that the stereotype that veterans have more mental health needs than everyone else may not be true.”

However, the UCLA study did find that veterans are more likely to contemplate suicide than nonveterans. The research found that 9.1 percent of California veterans had seriously considered suicide, compared to 5.6 percent of nonveterans. (Veterans are also disproportionately likely to kill themselves; a previous study by the VA reported that more than 20 percent of suicides in the U.S. from 2009 to 2012 were veterans.)

Thoughts of suicide and the need for mental health assistance are measured differently in the study’s methodology.

Among those veterans with mental health needs, 68.8 percent reported visiting a health professional for their mental or emotional health. Among nonveterans who needed mental health care, 50.1 percent went without treatment.

But the study found that nearly 46 percent of all veterans with mental health needs did not receive adequate care, which the study authors defined as four or more visits with a health professional and use of prescription medication for mental health within the previous year.

California’s 2 million veterans made up an average of 7.2 percent of the state’s population between 2011 and 2013.

Veterans most in need of mental health care

The study uncovered which veterans tend to be most in need of mental health care. Among the findings:

Other suggestions include standardizing mental health screenings by integrating them with physical health services, which would take advantage of the fact that 88 percent of veterans see a primary care doctor; reducing the stigma associated with mental health by educating veterans and their families about mental health; supporting long-term suicide prevention efforts; and continuously evaluating veterans’ mental health status throughout their lives, not just when emergencies arise.

Because of the small number of women veterans, women were not included in the study. The authors note that their mental health needs will need to be examined and addressed in future studies.