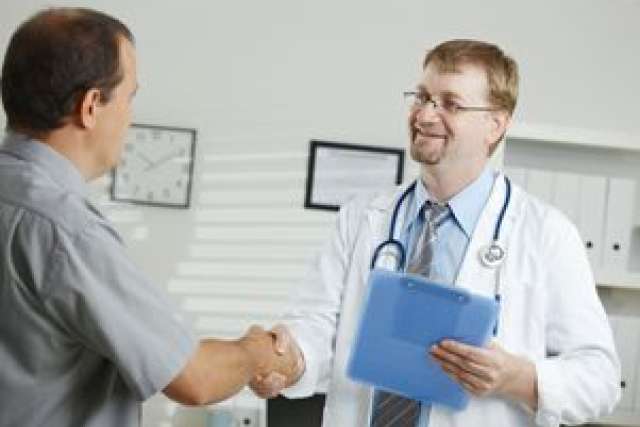 UCLA researchers found that men who aren’t well educated about their disease have a much more difficult time making treatment decisions. That challenge, called “decisional conflict,” could negatively impact the quality of their care and their long-term outcomes.

The study should serve as a wake-up call for physicians, who can use the findings to target men less likely to know a lot about their prostate cancer. Doctors can educate patients prior to their appointments so they’re more comfortable making treatment decisions, said the study’s first author Dr. Alan Kaplan, a resident physician in the UCLA department of urology.

“For prostate cancer, there is no one right answer when it comes to treatment. It comes down to the right answer for each specific patient, and that is heavily dependent on their own personal preferences,” Kaplan said. “Men in general, and specifically economically disadvantaged men, have a hard time deciding what their preferences are, how they feel about any possible complications and what the future after treatment might be like. If you don’t know anything about your disease, you’ll have a really tough time making a decision.”

The findings from the one-year study appear were published online by the peer-reviewed journal Cancer.

The research team surveyed 70 men at a Veterans Administration clinic who were newly diagnosed with localized prostate cancer and had enrolled in a randomized trial testing a novel shared decision-making tool. Researchers collected demographic information and clinical data such as relationship status, urinary and sexual dysfunction, and evaluated the patients’ knowledge about prostate cancer. They then talked one-on-one with the men after they had received their cancer diagnosis but before they consulted with a physician.

The median age of the men in the study was 63 years; 49 percent were African-American and 70 percent reported an annual income of less than $30,000.

Kaplan said the team found that a low level of knowledge about prostate cancer was associated with increased decisional conflict and higher uncertainty about which treatment to choose. Low levels of prostate cancer knowledge also were associated with lower perceived effectiveness — meaning the less someone knew about his cancer, the less confidence he had that the treatment would be effective.

“Knowledge about prostate cancer is an identifiable target. Interventions designed to increase a patient’s comprehension of prostate cancer and its treatments may greatly reduce decisional conflict,” Kaplan said, adding that further study is needed to better characterize this relationship and identify effective targeted interventions.

“If you get shot in the gut, there aren’t many options. You go into the operating room to get fixed up,” he said. “With prostate cancer, there are lots of options and not all are right for everybody.”

Men with prostate cancer might need to decide between surgery and radiation, or could opt for active surveillance, in which patients are monitored closely for changes in the progression of their cancer and are tested at regular intervals. Prostate cancer can also be treated with implantable radioactive “seeds,” or tumors may be burned or frozen.

Another benefit of reducing decisional conflict is that patients who feel comfortable with their decisions may regret them less down the line, Kaplan said. They’re less likely to sue their doctors and they generally experience better outcomes.

“In a way, it’s like buying a car. You prepare, you read reports, you do your homework,” Kaplan said. “If something goes wrong with the car, you feel OK because you knew what you were getting into. When patients take ownership of the decision-making process, their outcomes are better.”

Kaplan said economically disadvantaged men may have more difficulty because they might not have as much experience negotiating the health care system and are less confident when communicating with doctors.

“Doctors, we know intuitively, should spend more time with their patients, especially when they’re making an important decision,” he said. “But all of us are challenged with the numbers of patients we must see in a day. If you know beforehand that a patient has a poor knowledge about his cancer, that’s someone you need to spend more time with.”

Doctors also could provide patients with educational information before their consultations, Kaplan said.

Prostate cancer is the most frequently diagnosed cancer in men aside from skin cancer. An estimated 233,000 new cases of prostate cancer will occur in the U.S. in 2014, and nearly 30,000 will die of the disease.