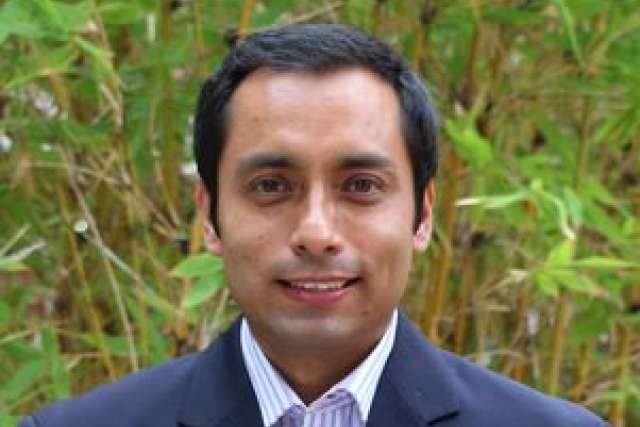 Mexico’s staggering homicide rate has taken a toll on the mortality rate for men — and it could be even worse than the statistics indicate, a new study from the UCLA Fielding School of Public Health suggests.

Improvements in living standards and in the availability of health care helped boost life expectancy throughout Latin America during the second half of the 20th century. But that trend slowed in the early 2000s and began reversing after 2005 due to the rising homicide rate in Central America and Mexico. In Mexico, that rate more than doubled from 9.5 per 100,000 deaths in 2005 to 22 per 100,000 by 2010.

“Our results indicate that homicides can have a large impact on the average years of life of a population,” said Hiram Beltrán-Sánchez, a lead investigator on the study and assistant professor of community health sciences at the UCLA Fielding School of Public Health. “Violence in Mexico has spread throughout the entire country, so our findings suggest that homicides need to be addressed from a public health perspective to improve peoples’ lives.”

The study is published in the January issue of the peer-reviewed journal Health Affairs.

These data may actually underestimate the nation’s homicide rate, according to Beltrán-Sánchez, who is also a member of UCLA’s California Center for Population Research.

“The impact of homicides on the average years of life in Mexico is probably worse than we report, because other studies indicate a large number of missing individuals and many deaths that were never recorded,” he said.

The researchers used data from the Mexican National Statistical Office, which includes cause of death by age, gender and place of death, and from the Mexican Demographic Society to examine life expectancy changes over two time periods: 2000 to 2005 and 2005 to 2010.

The study traces the rise in Mexico’s homicide rate to 2006, when then-President Felipe Calderon launched a large-scale government crackdown against the country’s drug cartels. But homicide mortality increased even in states with little or no drug cartel activity, as well as in those with historically low murder rates. For example, most states in Mexico saw an increase in male life expectancy in the first part of the decade, from 72 years in 2000 to 72.5 years in 2005. By 2010, however, the average life span for men had fallen by an average of six months in two-thirds of the states in Mexico.

Life expectancy fell the most among men in the northern part of the country, which has been the most impacted by the drug war — for instance, life expectancy fell by up to three years in Chihuahua, Sinaloa and Durango during the latter half of the decade. It also went down at least six months during the same period in Tlaxcala, Hidalgo, Morelos, Oaxaca, Campeche and Yucatan, central and southern states that are not affected by the drug war.

Although there were small gains in overall life expectancy among women during the period, deaths by homicide increased for women as well. In the northern states, the murder rate for women did lead to declines in life expectancy. In Chihuahua it fell by about six months, and in Durango and Sinaloa by about three. Women’s life expectancy fell by two and a half months in other states such as Nayarit, Guerrero and Morelos, which are less affected by drug-related violence.

The researchers’ next step, Beltrán-Sánchez said, will be to document the impact of homicides in other Latin American countries.

“The homicide rate in Mexico is lower than in other Latin American countries — for example Honduras, Belize, El Salvador, Colombia and Brazil,” he said. “One would expect homicides to have a greater impact in these countries. There is an urgent need to document the impact of homicides on the Latin American population.”

There are some limitations in the study. For example, the effects of homicide on average life expectancy may be underestimated due to underreporting, undercounting, inaccuracies in the reporting of cause of death and the large number of missing people.