Mindfulness training helpful in the recovery of adults addicted to stimulants 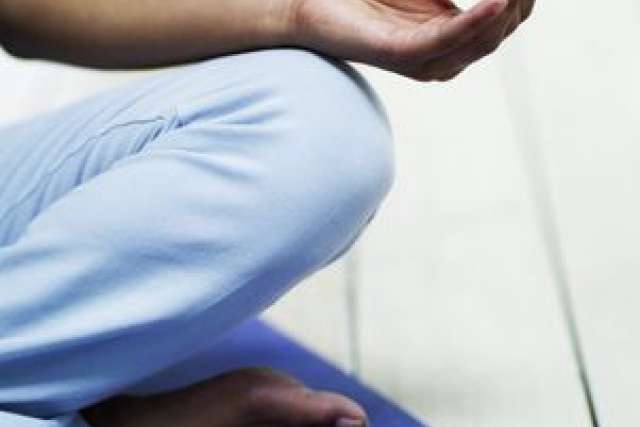 Meditation and other mindfulness strategies may reduce the likelihood of relapse for certain people struggling to break their addiction to stimulants including cocaine and methamphetamine, a UCLA study suggests.

Results of the small clinical trial, published online this week in the journal Mindfulness, showed that mindfulness training is particularly beneficial for adults dependent on stimulants who have been diagnosed with depression or anxiety, common disorders among people with substance addiction.

“When stimulant users attempt to quit, some of the most frequent complaints have to do with intolerable feelings of depression, sadness and anxiety, conditions that often lead people to drop out of treatment early,’’ said Suzette Glasner, lead author of the study and associate professor at UCLA’s Semel Institute for Neuroscience and Human Behavior. “Mindfulness practice not only helps them to manage cravings and urges, but also enables them to better cope with the psychological discomfort that can precipitate a relapse.”

Nearly 34 million people worldwide use amphetamine-type stimulants and 17 million use cocaine, according to the United Nations Office on Drug Use and Crime. During the past decade the production and use of amphetamine-type stimulants have grown dramatically. Chronic use of these highly addictive substances can cause physical and mental health complications including cardiovascular problems, increased susceptibility to infectious diseases, depression, anxiety and paranoia.

Mindfulness is widely recognized as an effective strategy for reducing stress and anxiety. But the idea that it could be helpful for people struggling with addictions is relatively new. In recent years, studies of mindfulness in addiction treatment have focused on people who are dependent on either alcohol, drugs or both. The UCLA study looked specifically at the impact of a mindfulness training program for people addicted to stimulants. The researchers found the program produced psychological benefits for all participants, and helped those struggling with psychological symptoms to remain off drugs.

Participants underwent a program known as “mindfulness based relapse prevention,” which uses meditation techniques to help direct people’s attention to their experience in the present, without judging themselves for what they are feeling or thinking. Learning to tolerate discomfort without reacting to it is a coping strategy that has been shown to be helpful for other psychological problems.

Unlike some prior studies, UCLA’s research introduced mindfulness training early in the recovery process, when patients were still struggling with severe addictions. “This is very encouraging, as it suggests that mindfulness is an accessible coping strategy even for addicted adults who are still feeling restless or uncomfortable with withdrawal symptoms,” said Glasner, who is principal investigator at UCLA Integrated Substance Abuse Programs.

In the randomized clinical study, 63 adults with stimulant dependence received a standard behavioral treatment for stimulant addiction for 12 weeks. After four weeks, participants were randomly assigned to one of two groups: one that received mindfulness training designed specifically for addiction treatment, or a control group that received health education. At the completion of the 12 weeks, the UCLA researchers measured changes in the participants’ use of stimulants, as well as in their symptoms of anxiety and depression.

Among the participants with major depression, 87 percent who got mindfulness training were not using stimulants at the end of the 12 weeks, versus 62 percent of the depressed patients who received only health education. A month after the treatment, 100 percent of the depressed patients who received mindfulness training were no longer using stimulants, compared to 50 percent of the patients in the control group. Similar patterns were observed for study participants with anxiety disorders.

“Our findings suggest that mindfulness is especially helpful for people who struggle with anxiety and depression along with their addiction,” Glasner said. “This might be because part of their reason for using drugs is to deal with those uncomfortable emotions. Mindfulness helps them manage their symptoms on their own, without turning to drugs and alcohol.”

People addicted to stimulants are particularly reliant on behavioral therapies because, unlike people who abuse alcohol and opioids, there are no federally approved medications available.

The UCLA team is now planning a clinical trial focused on stimulant-addicted adults who have depression and anxiety to see if the findings will be replicated with a larger group of those who benefited most from the mindfulness training.