Mitochondria's activity in lung tumors could predict response to treatment 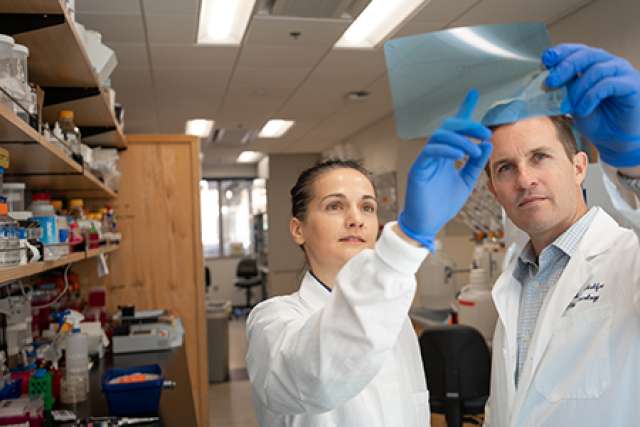 Researchers at the UCLA Jonsson Comprehensive Cancer Center and David Geffen School of Medicine at UCLA have identified a new biomarker that could indicate how likely someone is to respond to treatment for lung cancer. In a test using mice, the scientists found that the level of activity of the mitochondria in lung tumor cells could potentially predict who would respond favorably to a type of drug called a complex I inhibitor, which targets mitochondrial function — and that the mitochondria activity could be tracked noninvasively using a PET scan.

The study was the first to use a noninvasive imaging technique to track the activity of mitochondria in lung tumors.

The team used a voltage-sensitive positron emission tomography, or PET, probe to detect mitochondria activity in mice with a version of lung cancer. After imaging, the tumors were surgically removed so the mitochondria's function and activity could be analyzed in detail.

The findings could help guide treatment decisions for people with lung cancer, and the study demonstrates that PET imaging can be used to read mitochondrial activity in lung tumors.

The study is published online in Nature.