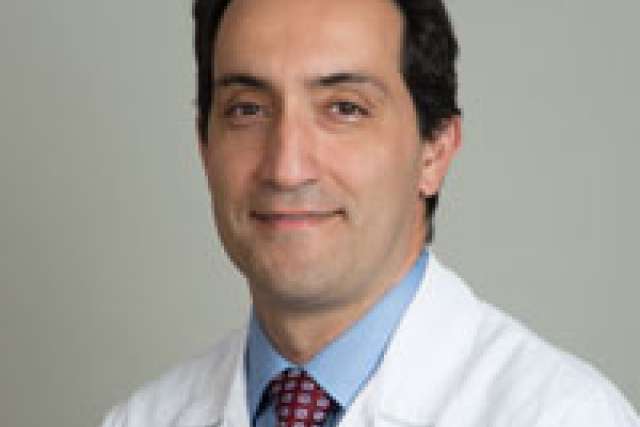 UCLA researchers have discovered an optimal way to image the bile ducts during gallbladder removal surgeries using a tested and safe dye and a real-time near-infrared florescence laparoscopic camera, a finding that will make the procedure much safer for the hundreds of thousands of people who undergo the procedure each year.

The new imaging procedure can also be used any time surgeons look laparoscopically at the liver and surrounding anatomy.

The gallbladder and liver can be hard to access and visualize when the areas around them are inflamed or surrounded by fat. Using the conventional imaging technique, in which the bile ducts are not as clearly delineated, injuries to the ducts can occur. Those injuries sometimes remain undetected during the surgery, which can lead to serious problems for the patients, said study first author Dr. Ali Zarrinpar, an assistant professor of surgery in the Division of Liver and Pancreas Transplantation.

“Removal of the gallbladder is one of the most commonly performed operations in the United States, with more than 100,000 surgeries performed each year. Injuries to the bile ducts, which carry bile from the liver to the intestines, are rare. But when they do occur, the outcomes can be quite serious and cause life-long consequences,” Zarrinpar said. “Gallbladder removals are one of the most litigated cases in general surgery because of these injuries. Any technique that can reduce the rate of bile duct injury and increase the safety of the operation is good for patients and for surgeons.”

The study appears March 10, 2016 in the early online edition of the peer-reviewed journal Surgical Innovations.

The dye, called indocyanine green (ICG), is approved by the U.S. Food and Drug Administration and has been in use medically for 60 years. The near-infrared florescence laparoscopic camera also is approved for use in colorectal surgeries. This is the first study to optimize the timing and dosing of the dye using his device, Zarrinpar said.

After being injected into a vein, ICG is taken up by the liver and excreted into the bile. The laparoscopic device then detects the fluorescence of the dye in the bile ducts and superimposes that image onto the conventional white light image that surgeons use routinely. This augmented image improves the surgeons’ visualization of the bile ducts, making it easier for them to identify the appropriate anatomy.

Prior to this study, it was unclear just how long before the procedure the dye had to be injected and exactly how much for optimal imaging. Timing, and dosage, often varied widely among practioners. Sometimes, patients got the ICG injected the day prior to their surgery, requiring an extra doctor visit.
However, Zarrinpar and his team found that the dye could be injected as little as 25 to 30 minutes before with good result, although one to four hours prior did improve the image. They also found that patients could receive much less of the dye than many were getting, allowing them to clear the substance in the bile from their bodies much more quickly.

The finding also could lead to a reduction in the number of “open” gallbladder removals and partial liver resections. When the surgeons have trouble visualizing the bile duct and surrounding anatomy, they often will switch from laparoscopic to open surgeries, which make it easier to avoid injuring the bile duct but result in a more difficult and lengthy recovery time for patients.

The prospective UCLA study, which took six months, was small, with 37 patients enrolled. Going forward, Zarrinpar is working to put together a much larger clinical trial to confirm his findings and see if the imaging process and the resulting benefits are cost effective, Zarrinpar said.

“This study provides guidance on the timing and dosing of indocyanine green with respect to anticipated visualization of the biliary tree,” the study states. “NIRFC is practical and effective in delineating extrahepatic biliary anatomy during laparoscopic biliary and hepatic operations, and its use should therefore be considered over traditional methods.”

The study was funded by Novadaq Technologies Inc., the manufacturer of the camera used in the study. Ali Zarrinpar has previously been a paid speaker for the company.