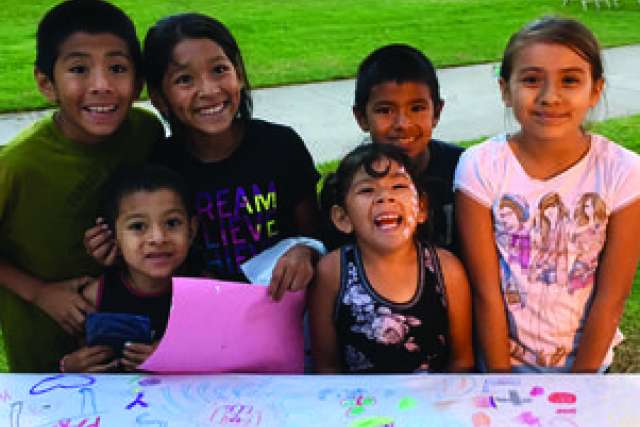 A County of Los Angeles Department of Parks and Recreation program called Parks After Dark provides a safe space for the community during evening hours. According to a report by the UCLA Center for Health Policy Research, new initiatives added to the program in 2017, its eighth year, paid notable dividends.

The UCLA report found that the expanded services not only saved the county money, but also provided residents with easier ways to access mental health services, as well as valuable gang intervention and other activities for youth and young adults in at-risk neighborhoods.

Read a brief summary of the report >

The report found that Parks After Dark’s safety efforts prevented 41 violent crimes and nearly 480 nonviolent crimes in neighborhoods near county parks between 2010 and 2017. The reduction in crime saved the county about $2.2 million in criminal justice costs in 2017 alone, according to the report.

Parks After Dark programming like guided walking clubs, group exercise, team sports and other physical activities also helped reduce costs — for both Los Angeles County and the participants — by reducing expenditures for treating chronic diseases; the report estimated a savings of $1.1 million for 2017. Given the program's $2.4 million budget for 2017, the report estimated that the net savings for the county and residents was $900,000.

"Providing a safe place for people to meet, exercise and have fun is the primary goal of Parks After Dark," said Nadereh Pourat, director of the Health Economics and Evaluation Research Program at the UCLA center and the report’s lead author. "Yet the county has found novel ways to add to the program to support deeper health and social benefits that promote healthier communities."

Among the new programs added in 2017:

When Parks After Dark was launched at three parks in 2010, it primarily focused on improving safety and reducing gang-related crime at the parks. With investments from Los Angeles County departments of public health and probation, and from other key partners, the program evolved into a key prevention and intervention strategy that encompasses safety, health, social cohesion and community well-being. In 2017, residents made nearly 200,000 nighttime visits to the 23 parks participating in the program.

As in previous years, concerts and movie nights remain Parks After Dark's most popular offerings, according to the UCLA report. Deputy sheriffs continue to build positive relationships with residents through participation in Parks After Dark activities, face-to-face conversations and foot patrols of the parks. In 2017, the evening park program employed about 50 youth and young adults — including teens for whom the experience was their first job — and more than 300 youth volunteered at the evening park programs.

"The community has discovered that there’s a safe place right in their backyard that they can go to at night with family and friends," said Tatevik Magakyan, the parks department's Parks After Dark coordinator. "When people feel safe, they are more willing to come out the parks to exercise, socialize and access needed services. It should be our priority to sustain programs – like Parks After Dark — that help high-need communities thrive."

The report recommends that Parks After Dark expand by providing additional programs at the parks already in the program; that the program uses parks as hubs to link at-risk youth with more social services through strategic partnerships; and identify a sustainable funding source for the program.