New methods to combat cell damage that accumulates with age 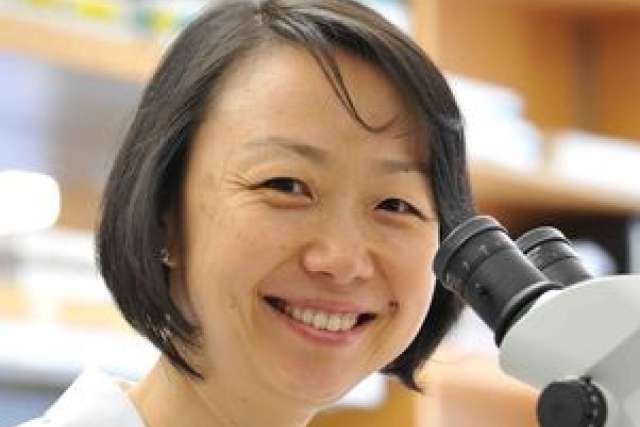 Researchers from UCLA and Caltech have made discoveries that might help slow and potentially reverse the process of aging in cells.

They generated new methods that allow identification of factors that selectively remove damaged mitochondrial DNA, which will affect the process of aging at the cellular level. Aging is, in part, due to changes in mitochondria, the energy-providing powerhouses of the cell.

Mitochondria contain their own DNA, and the accumulation of mutations of mitochondrial DNA throughout a lifetime contributes to aging.

Mitochondria provide most of the energy for cellular operations. Cumulative damage to mitochondrial DNA contributes to age-related disorders such as Parkinson’s disease, Alzheimer’s disease, heart disease, and muscle wasting and frailty. One key goal to delay or reverse aging is to reduce the ratio of damaged to normal mitochondrial DNA. Inherited defects in mitochondrial DNA also cause a number of devastating childhood diseases, including strokes and muscle diseases.

“We showed that we could selectively cleanse the damaged mitochondrial DNA, effectively rejuvenating them and improving mitochondrial quality,” said Ming Guo, P. Gene & Elaine Smith Chair in Alzheimer’s Disease Research, and professor of neurology & pharmacology at David Geffen School of Medicine at UCLA. “This strategy might someday prove useful in treating or preventing age-related diseases as well as the general declines in cognitive function and mobility that occur with aging.”

Studying the role that these DNA mutations have in disease hasn’t been easy, in part because of the lack of good laboratory models.

For the study, which appeared in Nature Communications on Nov. 14, Guo and her laboratory teamed up with the lab of Bruce Hay, professor of biology and biological engineering at Caltech, to create a model of mitochondrial DNA using the fruit fly Drosophila.

Fruit flies are an effective system in which to study fundamental biological processes and how the breakdown of these processes leads to human diseases. Eighty percent of human disease genes have counterparts in fruit flies. This new fly model mimics aging in young animals.

The findings demonstrate that the level of damaged mitochondrial DNA can be reduced in cells simply by boosting the body’s natural quality control processes. “From our results it appears that this process is normally present, but not very efficient,” Guo said. “We can enhance mitochondrial quality by stimulating certain cellular processes.”

Guo and Hay now plan to use the model to screen for potential drugs that have a similar impact — drugs that might rejuvenate mitochondria to improve overall cellular health.

“One can envision undergoing periodic cellular ‘house cleaning’ to reverse mitochondrial damages from muscle, the brain and other tissues to maintain cognitive function and mobility, and promote healthy aging,” Guo said. “We want to keep our fabulous mitochondria to dial back the aging clock.”

Co-authors of the study were first author Nikolay Kandul, a postdoctoral research fellow in the Hay laboratory, and graduate student Ting Zhang of the Guo Laboratory.

The research was supported by the National Institutes of Health, the Kenneth Glenn Family Foundation, the Natalie R. and Eugene S. Jones Fund in Aging and Neurodegenerative Disease Research, and the Ellison Medical Foundation Senior Scholar Award.