New tool can pinpoint origins of the gut’s bacteria 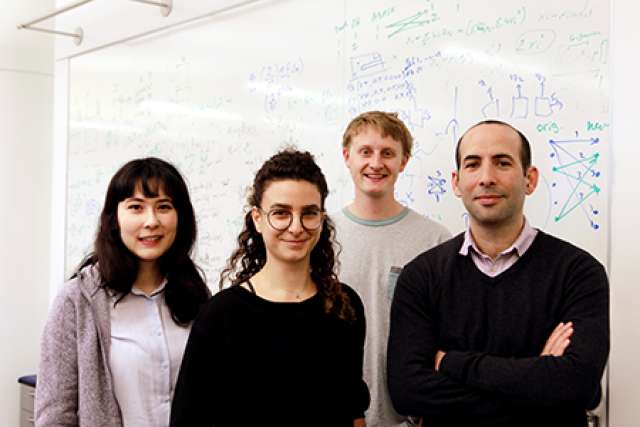 A UCLA-led research team has developed a faster and more accurate way to determine where the many bacteria that live in, and on, humans come from. Broadly, the tool can deduce the origins of any microbiome, a localized and diverse community of microscopic organisms.

The new computational tool, called "FEAST," can analyze large amounts of genetic information in just a few hours, compared to tools that take days or weeks. The software program could be used in health care, public health, environmental studies and agriculture. The study was published online in Nature Methods.

A microbiome typically contains hundreds to thousands of microbial species. Microbiomes are found everywhere, from the digestive tracts of humans, to lakes and rivers that feed water supplies. The microorganisms that make up these communities can originate from their surrounding environment, including food.

Knowing where these organisms come from and how these communities form can give scientists a more detailed picture of the unseen ecological processes that affect human health. The researchers developed the program to give doctors and scientists a more effective tool to investigate these phenomena.

The source-tracking program gives the percentage of the microbiome that came from somewhere else. It's similar in concept to a census that reveals the countries that its immigrant population came from, and what percentage each group is of the total population.

For example, using the source-tracking tool on a kitchen counter sample can indicate how much of that sample came from humans, how much came from food, and specifically which types of food.

Armed with this information, doctors will be able to distinguish a healthy person from one who has a particular disease by simply analyzing their microbiome. Scientists could use the tool to detect contamination in water resources or in food supply chains.

"The microbiome has been linked to many aspects of human physiology and health, yet we are just in the early stages of understanding the clinical implications of this dynamic web of many species and how they interact with each other," said Eran Halperin, the study's principal investigator who holds UCLA faculty appointments in the Samueli School of Engineering and in the David Geffen School of Medicine.

"There has been an unprecedented expansion of microbiome data, which has rapidly increased our knowledge of the diverse functions and distributions of microbial life," Halperin added. "Nonetheless, such big and complex datasets pose statistical and computational challenges."

Compared to other source-tracking tools, FEAST is up to 300 times faster, and is significantly more accurate, the researchers say.

The researchers confirmed FEAST's viability by comparing it against analyses of previously published datasets.

For example, they used the tool to determine the types of microorganisms on a kitchen counter and it provided much more detail than previous tools that analyzed the same dataset.

"My hope is that scientists will use FEAST to diagnose bacteria-related health conditions," said UCLA computer science graduate student Liat Shenhav, the study's first author. "For example, if a particular cancer has a microbial signature, FEAST can potentially be utilized for early diagnosis."

The authors have made FEAST available on a software sharing platform.

The study was supported by the National Science Foundation.