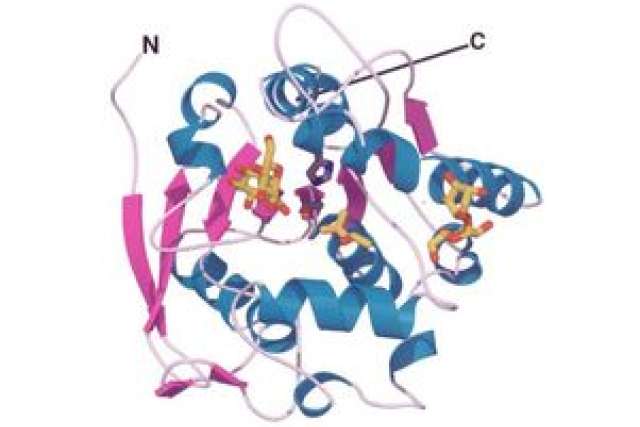 In many parts of the world, leprosy and tuberculosis live side-by-side. Worldwide there are approximately 233,000 new cases of leprosy per year, with nearly all of them occurring where tuberculosis is endemic.

In a study published in the September issue of the peer-reviewed journal Infection and Immunity, the researchers found that rBCG30, a recombinant variant of BCG that overexpresses a highly abundant 30 kDa protein of the tuberculosis bacterium known as Antigen 85B, is superior to BCG in protecting against tuberculosis in animal models, and also cross protects against leprosy. In addition, they found that boosting rBCG30 with the Antigen 85B protein, a protein also expressed by the leprosy bacillus, provides considerably stronger protection against leprosy.

“This is the first study demonstrating that an improved vaccine against tuberculosis also offers cross-protection against Mycobacterium leprae, the causative agent of leprosy,” said Dr. Marcus A. Horwitz, professor of medicine and microbiology, immunology and molecular genetics, and the study’s senior author. “That means that this vaccine has promise for better protecting against both major diseases at the same time.

“It is also the first study demonstrating that boosting a recombinant BCG vaccine further improves cross-protection against leprosy,” he added.

In other experiments, the immune responses of the mice were measured after vaccination. Mice immunized with rBCG30 and boosted with r30 had markedly enhanced immune responses to the leprosy bacterium’s version of the Antigen 85B protein, which is very similar to the one expressed by the tuberculosis bacillus, compared with mice immunized with the other vaccines and vaccine combinations.

A Phase 1 human trial for rBCG30 has proven that it is safe and significantly more effective than BCG, and it is the only candidate replacement vaccine for BCG tested thus far to satisfy both of these key clinical criteria. Horwitz noted that this most recent study, however, was conducted in an animal model of leprosy, so further study is needed to gauge the effectiveness of the rBCG30 vaccine in protecting against leprosy in humans.

The study’s co-authors are Thomas Gillis of Louisiana State University and Michael Tullius of UCLA.