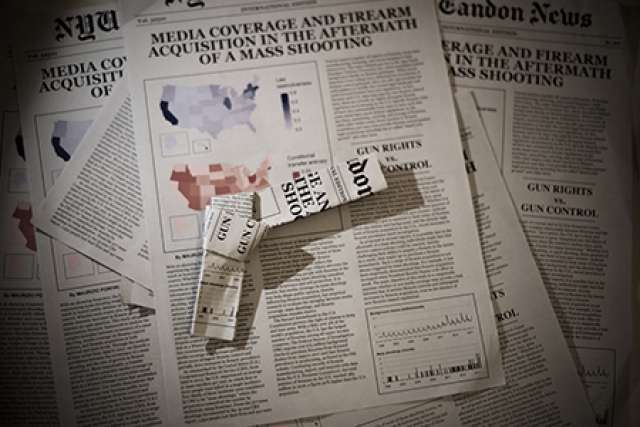 For the first time, researchers have shown a causal link between print media coverage of U.S. gun control policy in the wake of mass shooting events and increases in firearm acquisition, particularly in states with the least restrictive gun laws.

The study, which was published today in the journal Nature Human Behaviour, quantified influences among three variables: mass shooting events, media coverage of gun control policy and regulations, and firearm acquisition. Researchers from UCLA, the NYU Tandon School of Engineering and Northeastern University, analyzed 69 mass shootings in the United States between January 1999 and December 2017, gathering data on the number of firearm background checks per month (a proxy measure for gun purchases), along with all print news coverage of firearm control policies that appeared in the New York Times and the Washington Post during that same period — more than 9,700 documents.

"The public health impact of firearm-related physical injury has dramatically increased over recent years and is now a leading cause of death," said James Macinko, a co-author of the study and professor of health policy and management and community health sciences at the UCLA Fielding School of Public Health. "Our study suggests the need for dialogue around how mass shooting events are discussed by the press, in order to find ways to mitigate unintended consequences."

Read the news release on the UCLA Fielding School of Public Health's website.