No difference in results when surgeries are performed by U.S.- or foreign-trained surgeons 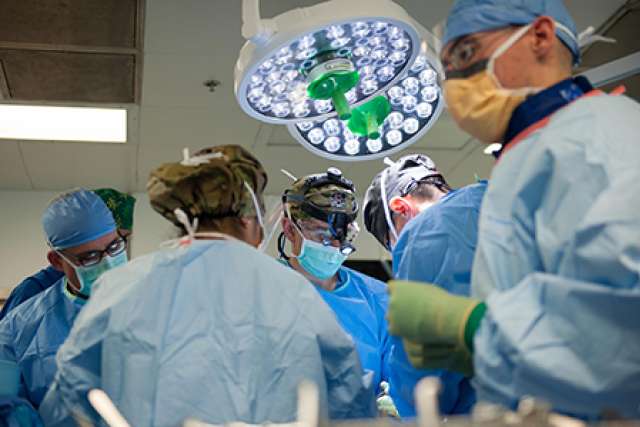 About 15% of surgeons practicing in the U.S. received their training at foreign medical schools.

A UCLA-led research team analyzed the outcomes of nearly 634,000 common surgical procedures performed in the U.S. between 2011 and 2014 and found that there were no differences in the results of those surgeries based on whether the surgeons had been trained at U.S. medical schools or medical schools outside of the U.S.

About 15% of surgeons practicing in the U.S. received their training at foreign medical schools. Data comparing outcomes for surgeries performed by U.S.-trained surgeons versus those of foreign-trained surgeons has been limited.

The researchers analyzed data from nearly 634,000 Medicare beneficiaries, aged 65 to 99, who underwent one of 13 common non-elective surgical procedures in emergency or trauma centers. The surgeries were performed by 37,221 surgeons.

The findings provide useful information for policymakers and medical schools about  the quality of care provided by U.S.- and foreign-trained surgeons. The U.S. is facing a shortage of surgeons in some specialties, and doctors who have trained outside of the U.S. often help fill those gaps.

The study's lead author is Dr. Yusuke Tsugawa of the UCLA Fielding School of Public Health. Other authors include Dr. Melinda Maggard-Gibbons of the UCLA Jonsson Comprehensive Cancer Center and colleagues from the University of Michigan, Harvard University, Massachusetts General Hospital, and Doximity, an online network for medical professionals.

The study was published in Annals of Surgery