Nurses could help cut smoking rates in China, according to UCLA-led study 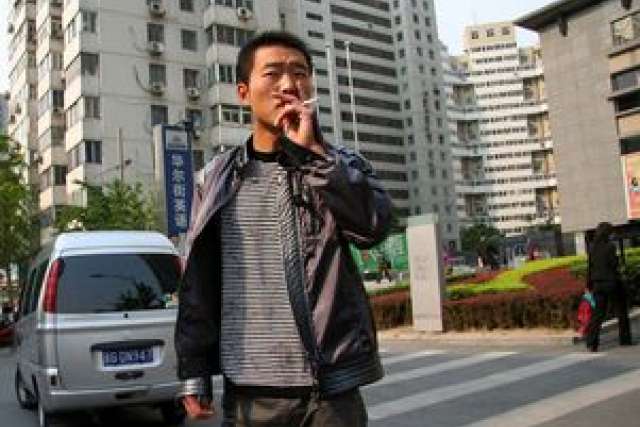 Ernie/Flickr<br>Research led by UCLA School of Nursing Dean Linda Sarna indicates that nurses could play a vital role in curbing smoking in China, where 1 million people die of smoking-related illnesses each year.

Smoking is such an accepted part of the culture that even 23 percent of physicians smoke. However, the smoking rate among the largely female population of nurses is very low, mirroring the general female population. Could nurses be the solution to getting Chinese smokers to quit?

In a two-part study, published online in the Journal of Advanced Nursing, an international team of investigators led by Linda Sarna, interim dean of the UCLA School of Nursing, and Stella Aguinaga Bialous, associate professor in the UC-San Francisco School of Nursing, found that nurses can play a pivotal role in helping smokers to quit. But in order to do so, they need knowledge and skills.

“Being smoke-free puts nurses in a stronger position to engage in smoking cessation interventions with patients than their physician colleagues who are more likely to smoke,” Sarna said. “But first we needed to understand how frequently nurses were trying to help patients quit.”

“With these results, we developed a web based educational smoking cessation program to give nurses across China the necessary tools to support a smoker’s efforts to quit,” Sarna said.

The results of the first study allowed investigators to create the first long-distance, web-based learning education program in China focused on smoking cessation. Using a model based on previous studies conducted in the United States, a native Mandarin speaker recorded the webcast using a script that was reviewed and validated by Chinese collaborators. The content included the impact of health on smoking and exposure to second-hand smoke in China, data on prevalence of tobacco use, information on nicotine addiction and withdrawal, and evidence-based interventions that can be used by nurses to help patients quit.

All of the survey participants were sent an invitation with a link to the webcast, 1,400 of whom provided follow up data. Nurses were asked at three and six months whether there were changes in their practice. At three-months, 84 percent reported viewing the webcast.

Results from the second survey showed that six months after participating in the educational program, nurses reported they were more likely to assist with a quitting plan, and recommend a smoke-free home environment. There was also significant improvement in attitudes about tobacco control. The majority of nurses felt they should be non-smoking role models and that they should help patients quit smoking.

“In the long-term, we know that all healthcare professionals need to be educated about evidence based smoking cessation strategies,” Bialous added. “While most nursing schools include curriculum about the dangers of tobacco, few currently include cessation interventions in their content.”

Smoking is still considered a normal part of everyday life in China. According to studies published in Lancet in 2012, the cultural acceptance of smoking is a strong barrier to success as is the power of the tobacco industry in China. Forty-two percent of the world’s cigarettes are produced in China and tobacco companies contribute almost 10 percent to central government revenues.

“More environments in China are becoming smoke-free, as recently announced in Beijing. We expect that there will be an increased demand for smoking cessation services,” Sarna said. “With the right intervention education, nurses will be positioned to play a significant role in reducing smoking rates in China.”

The educational program is available online at the International Society of Nurses in Cancer Care website and can be used to provide nurses in China with basic evidence-based knowledge and skills for smoking cessation interventions.

The studies were funded by a Pfizer medical education grant.