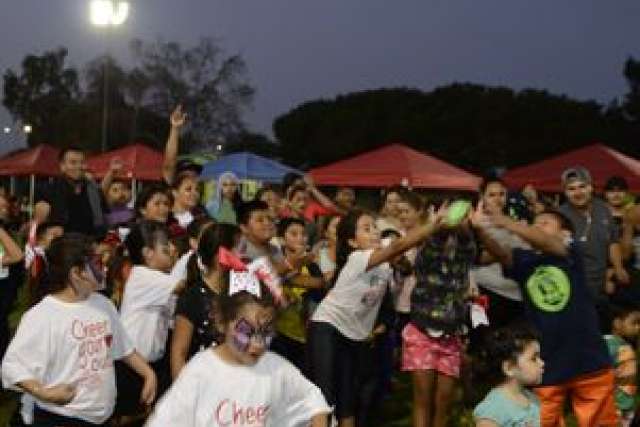 A Los Angeles County recreational program created stronger ties within communities, improved relations between the community and law enforcement officers, and decreased crime, according to a report by the UCLA Center for Health Policy Research. The study also found that the program, called Parks After Dark, saved millions of dollars in policing and health care costs.

The program was intended to make specific Los Angeles parks safer through positive community engagement by the Los Angeles County Sheriff’s Department, while providing wider access to free recreation, health and wellness programs. The effort, which was launched in 2010 as an anti-gang initiative by the county’s Department of Parks and Recreation, has focused on neighborhoods with high levels of gang activity and crime.

The program provides recreational sports, classes on healthy eating and exercise, computer courses, concerts and movies, as well as health care and social services — including registration for the CalFresh food stamps program, mammograms, mental health assessments and other health screenings — on Thursday, Friday and Saturday evenings from June through August.

The UCLA report found that about 95 percent of people who participated in Parks After Dark programs in 2016 said they felt the program improved their community’s relationship with the deputy sheriffs, and of participants who described their own neighborhoods as “unsafe,” 7 in 10 said they felt safe while they attended park programs. About 95 percent said it helped improve their relationships with neighbors.

“The evaluation revealed evidence of multiple benefits,” said Nadereh Pourat, director of the Health Economics and Evaluation Research Program at the center and the report’s lead author. “The data show the program achieved its goals of promoting healthy behavior and safer communities.”

The program’s budget for 2016 was $2.3 million, but the UCLA report estimates that by reducing crime, it saved the county about $5.87 million in law enforcement costs last year. The researchers also estimated that wellness programs, including Zumba and other physical activity classes, ultimately saved the participants and the county more than $500,000 in health care expenditures.

In 2016, Parks After Dark programs received about 178,000 visits, according to the report.

“Families who are involved in the evening park programs want PAD to continue, and they say these programs have brought their families — and the community — together,” said Faith Parducho, special assistant at the Department of Parks and Recreation.

The report includes recommendations for strengthening Parks After Dark, such as finding ways to encourage participants to be physically active year-round, identifying a sustainable source of funding and encouraging deputy sheriffs to increase their engagement with residents throughout the year to further build trust — especially through more organized activities with teens.

The program was implemented in partnership with the Los Angeles County Board of Supervisors;  several county agencies, including the chief executive’s office, department of public health, sheriff’s department and probation department; and local community-based organizations.